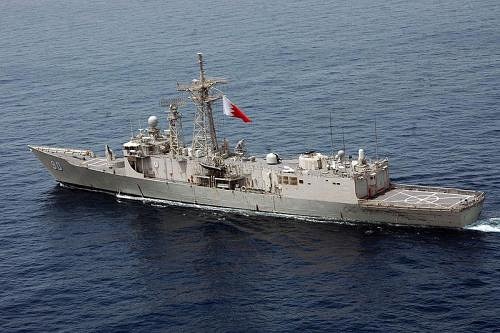 The U.S. State Department has approved a possible military sale for support services of the Royal Bahrain Navy frigate Sabha.
The Royal Bahrain Naval Service is currently investing in upgrades to its existing fleet.
The government of Bahrain has requested to buy equipment and services for the ship under the Follow-On Technical Support program. The program, announced Thursday (July 26), is expected to cost $70 million.
The sale includes engineering and logistics services from the U.S. Navy and would fall under foreign military sales.
The FFG-90 Sabha was formerly the USS Jack Williams, and was transferred as Excess Defense Article in 1996. The sale will contribute to the foreign policy and national security objectives of the United States and will not affect the balance of power in the region, the State Department said in a press release.
The Sabha is a converted Oliver Hazard Perry guided missile frigate that Bahrain intends to use for coastal defense.
The vessel carries Standard class surface-to-air and Harpoon anti-ship missiles along with a Mk-38 gun and torpedoes with other lighter weapons and electronic warfare equipment. Depending on the model it can carry up to two helicopters.