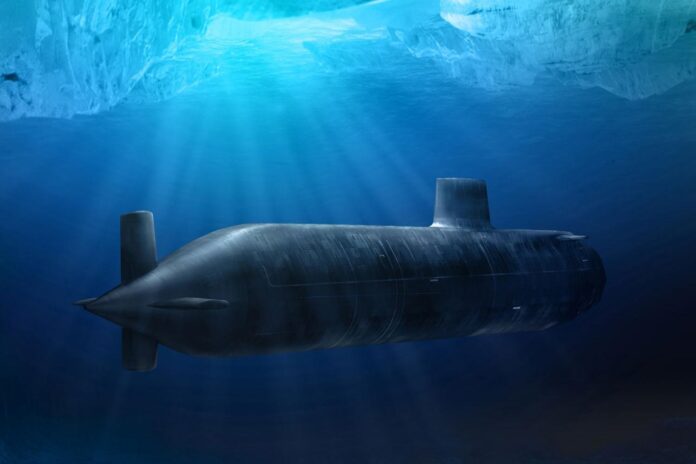 Sonardyne has been leading a technical programme to develop a high-integrity secure waveform for acoustic communications, Phorcys, set up in response to a Defence Science and Technology Laboratory (Dstl) requirement.

The work, funded by the UK Ministry of Defence, via Dstl, and primed by Thales UK, seeks to develop Phorcys, an open standard for secure acoustic communications that will enable navies to collaborate and interoperate, assuring secure transmissions and communications.

Communication under the water is a challenge:

A significant challenge for all underwater operations is communications. It’s an even bigger challenge in the defence space, where those communications need to both be secure and interoperable when you want to work with allies. That’s why we’re working with the UK Ministry of Defence’s Defence Science and Technology Laboratory (Dstl) to develop a new standard for secure waveforms. It’s going to change how we operate in the 21st century underwater battlespace. Read on to discover why and how.

The 21st century battlespace is complex. It’s multi-domain, it’s multi-threat and it’s not always obvious open, armed conflict. The underwater battlespace embodies all of these challenges to an increasingly significant degree. It’s a space that’s pivotal to protecting critical national infrastructure and safeguarding maritime trade. But it’s also a challenging place to operate, whether that’s in intelligence, surveillance and reconnaissance, mine hunting capability or command and control. It’s also a space where the threats are proliferating, from advances in antisubmarine warfare through to asymmetric actors, crewed, uncrewed, small and autonomous.

Working between all these actors – be it different platforms, domains and nations – in the underwater theatre is an even bigger challenge. It requires interoperability and that means the need for assets across domains and nations to talk to each other. A new standard in underwater communications is needed to meet these needs.

“One of the big problems at the moment is interoperability,” says Alexander Hamilton, Principal Communications Scientist at Dstl. “There needs to be a secure, high-performance protocol for anyone and everyone to use. We need secure, interoperable communications to underpin command, control and communications, to do mine countermeasures and mine hunting, to support anti-submarine operations.

“Underwater communications is a critical enabler, to take an example it’s key to enable things like the Future Commando Force advanced autonomous force. We need to work collaboratively, to achieve interoperability between the UK and its allies, but also multi-domain integration of underwater assets where they are able to connect to a wider mission network. But to enable all this we need the underwater battlespace to have secure, resilient, underwater communications.”

Ioseba Tena, Head of Defence at Sonardyne, says, “We already have open standards, take for instance JANUS. This was designed as the first interoperable protocol; the first step towards interoperability. I guess the missing ingredient with JANUS and other standards has been secured.”

“Traditional acoustic communications in the commercial domain are resilient, with high availability and high performance, but while commercial-off-the-shelf systems allow interoperability, they result in vendor lock-in. Furthermore, they’re also not inherently secure. And while existing protocol stacks can have security added on, AES-256 encryption for example has been applied to JANUS, this adds overheads and is outside of the protocol stack. It’s not a secure by design approach. We want to have high performance communications to support fast information transfer across the underwater battlespace. We also need security.”

“It’s the development of a high-performance protocol stack that will be available as an unclassified (non-protectively marked) standard,” says Hamilton. “It’s a secure-by-design approach using cryptographic keys, not just security by obscurity. We’re working with the National Cyber Security Centre (NCSC) on that to ensure security of these communications is approved to government standards. Adhering to the standard will allow for multi-domain integration across different assets, interoperability between different nations, platforms and areas within the navy. That’s because, by using cryptographic keying approaches, unless you have the key, you can’t get access to the network and you maintain the security of your communications. A third party wouldn’t be able to understand the content of what was being transmitted.”

Phorcys will also be about enabling situation awareness between these underwater assets; being able to challenge and recognise friend from foe. In the future, during an operation in a busy seaway, it will become increasingly important to recognise your autonomous vehicle returning to a mother ship from an incoming autonomous torpedo.

Sonardyne intends to implement this standard and work with third parties to promote its use. On completion of this project, Sonardyne will be to continue to offer the customers their commercial-off-the-shelf solutions, built on Wideband digital signal heritage and expertise, as well as the opportunity to work with secure Phorcys waveforms using the same hardware platforms.

In Greek mythology, Phorcys or Phorcus is a primordial sea god, generally cited (first in Hesiod) as the son of Pontus and Gaia (Earth).

Check out Naval Library App to find out the specifications of the underwater acoustic systems.