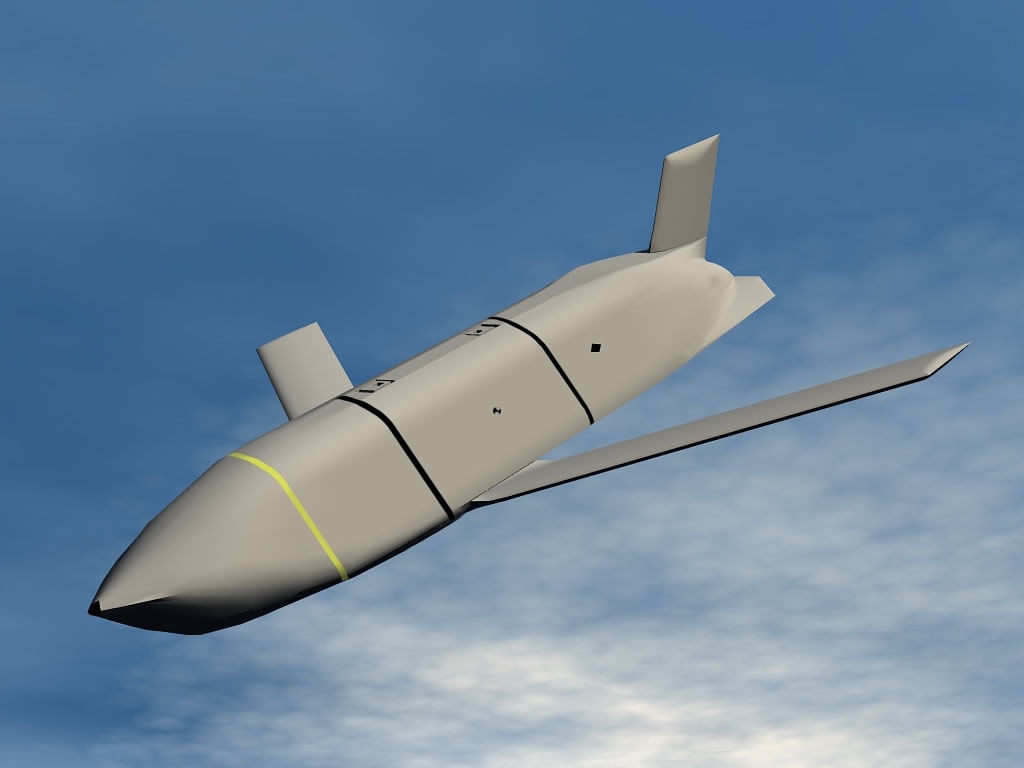 Lockheed Martin announced on Wednesday (May 23) it has successfully fired two production representative Long-Range Anti-Ship Missiles (LRASMs) from a U.S. Air Force B-1B.
In the event over the Sea Range at Point Mugu, California, a U.S. Air Force B-1B from Dyess Air Force Base, Texas, released the pair of LRASMs. The missiles navigated through all planned waypoints, transitioned to mid-course guidance and flew toward the moving maritime target using inputs from the onboard sensors. The missiles then positively identified the intended target and impacted succesfully.
LRASM is designed to detect and destroy specific targets within groups of ships by employing advanced technologies that reduce dependence on intelligence, surveillance and reconnaissance platforms; network links; and GPS navigation in contested environments. Lockheed Martin says the LRASM will play “a significant role” in ensuring military access to operate in open ocean, due to its enhanced ability to discriminate and conduct tactical engagements from extended ranges.
LRASM is a precision-guided, anti-ship standoff missile based on the Joint Air-to-Surface Standoff Missile – Extended Range. The air-launched variant provides an early operational capability for the U.S. Navy’s offensive anti-surface warfare Increment I requirement to be integrated onboard the U.S. Air Force’s B-1B in 2018 and on the U.S. Navy’s F/A-18E/F Super Hornet in 2019.