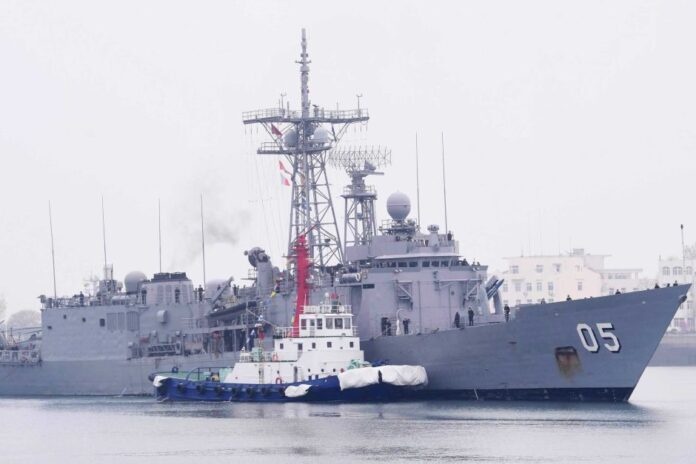 The Royal Australian Navy’s (RAN’s) last Adelaide class guided-missile frigate, HMAS Melbourne, arrived at her mother port of Sydney on 27 September, marking the end of her final voyage. The day was full of emotions because this class of frigates were the backbone of the RAN and served with big loyalty. Final berth of HMAS Melbourne was honored with a ceremony and Commander of Australian Fleet and last Commanding officer of the ship made touching speeches.

“HMAS Melbourne deployed on operations across the globe including to the Middle East eight times, earning battle honours for her service in East Timor and the Persian Gulf,” Rear Admiral Mead said.

“The Adelaide Class guided missile frigates have formed the backbone of our Navy operations for decades and Melbourne has played a vital role, sailing more than 900,000 nautical miles since her commissioning in 1992.”

“HMAS Melbourne has been deployed overseas for most of 2018 and 2019, showing what her Ship’s company of hardworking Navy personnel can do, and although today is bittersweet I am also very proud,” said Commander Buttler.

“Thousands of people have called this ship home over the past 27 years with many fond memories of their time aboard and I have no doubt many of them will be sad to see her seagoing service come to a close today.

“Our ship’s motto is ‘she gathers strength as she goes’, and she has continued to gather strength during the 900,000 miles steamed and 70,000 hours underway. HMAS Melbourne has kept up a high tempo right to the end which is a testament to the love this crew has for her.”

Melbourne is the last of six Adelaide Class guided missile frigates left in the RAN and will decommission on 26 October 2019.