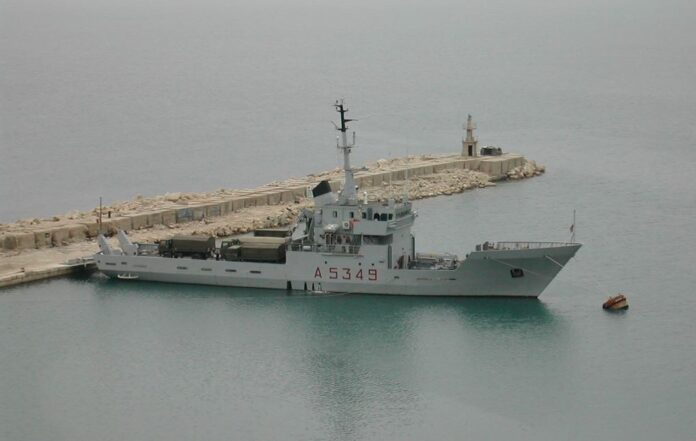 Italian Navy vessel Nave Caprera was used to smuggle cigarettes on the return trip from Libya where she was deployed in support of Libyan Navy and Coast Guard for four months.
The ship was providing logistical and technical maintenance for Libyan  Navy and Coast Guard.
The ship reportedly returned to the Italian Navy base Brindisi with over 700 kg of cigarettes on board.
Italian Navy confirmed this incident  on September 19 after several media reports revealed.
According to the navy, the cigarettes were seized on September 15 by the Italian financial crime unit Guardia di Finanza in cooperation with the Brindisi port authority and the ship’s commander.
Photo : Italian Navy