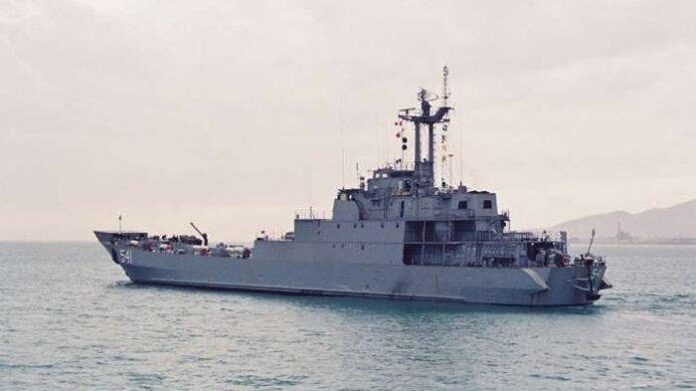 The Indonesian Navy said in a written statement on Wednesday that the vessel had sustained a number of leaks before finally sinking 90 meters under the sea at around 9 a.m. local time.

“The sea waves [near the ship’s] location were 2.5 to 4 meters high at the time,” the statement read.

No casualties have been reported in the incident. All 55 crewmen have been rescued by nearby civilian ships – KM Tanto Sejahtera and KM Dobonsolo – and are due to be transferred to KRI RE Martadinata, which is bound for Surabaya, according to the Navy.

It is the second known incident involving Indonesian naval ships to occur in the past two years.

On Sept. 11, 2018, fast missile boat KRI Rencong-622 caught fire and subsequently sunk while patrolling the waters of Sorong, West Papua, around 20 miles from the harbor of Navy Command III in Sorong.