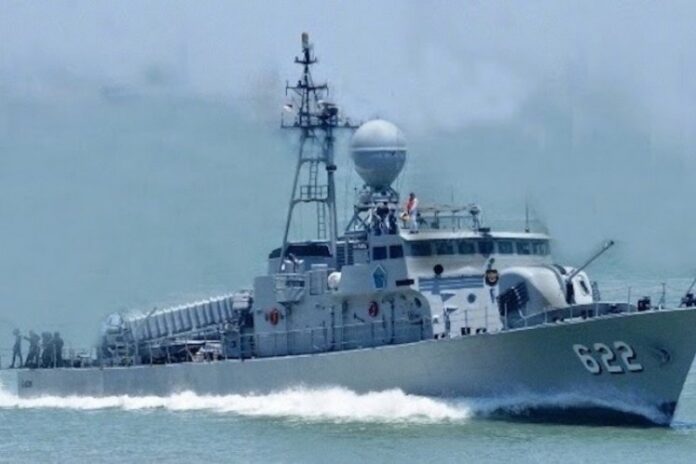 An Indonesian fast missile boat KRI Rencong-622 caught fire while patrolling the waters of Sorong, West Papua, around 20 miles from the harbor of Navy Command in Sorong and sank on Tuesday (Sep 11) afternoon.
The Navy’s head of public information subdivision, Special Col. Heddy Sakti, said as of Tuesday afternoon the vessel could not be defended, thus all crew members were requested to leave the vessel.
Heddy said all the personnel had been safely evacuated to the Navy office in Sorong.
Heddy, who happened to be inside the vessel when the incident occurred, said the cause of the blaze, which started on Tuesday morning, would be investigated by the Navy’s investigation team. “If there is any development in the case, we will inform the public,” he said on Tuesday as quoted by Antara.
KRI Rencong-622 is a fast missile boat under the Mandau class, which was manufactured in South Korea back in 1979. It was named after a traditional weapon of Indonesia called a rencong, which originated from Aceh.