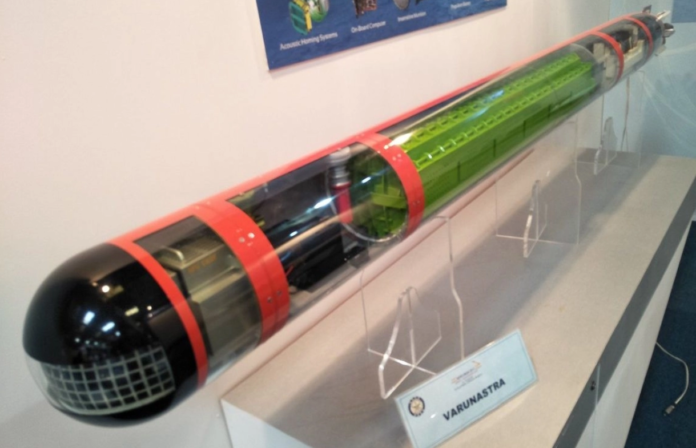 In a bid to boost its underwater firepower, the Indian Navy has decided to induct the indigenous developed heavyweight torpedo Varunastra into in its arsenal, reports Times of India.

According to the report, the weapon developed by the Naval Science and Technology Laboratory (NSTL), Vishakhapatnam will put India in a group of eight countries that have the capability to manufacture heavyweight torpedoes.

A contract for manufacturing the torpedoes to arm both submarines and warships was signed on 11 June between Bharat Dynamics Limited (BDL) and the Ministry of Defence (MoD).

“The heavyweight torpedo, or Varunastra, is a ship-launched, electrically-propelled underwater weapon equipped with one of the most advanced automatic and remote-controlled guidance systems. The weapon system uses its own intelligence in tracing the target,” BDL said in an official note on Thursday (13 June), as reported by TOI.

Capable of hitting stealth submarines underwater, the 1,500-kg Varunastra can carry a warhead weighing 250 kg and has an operational range of 40 km. The anti-submarine electric torpedo is seven to eight metres long with a diameter of 533 mm.

According to the DRDO, the torpedo, which can travel at a speed of 40 knots (74 kmph), can be launched both from ships and submarines.