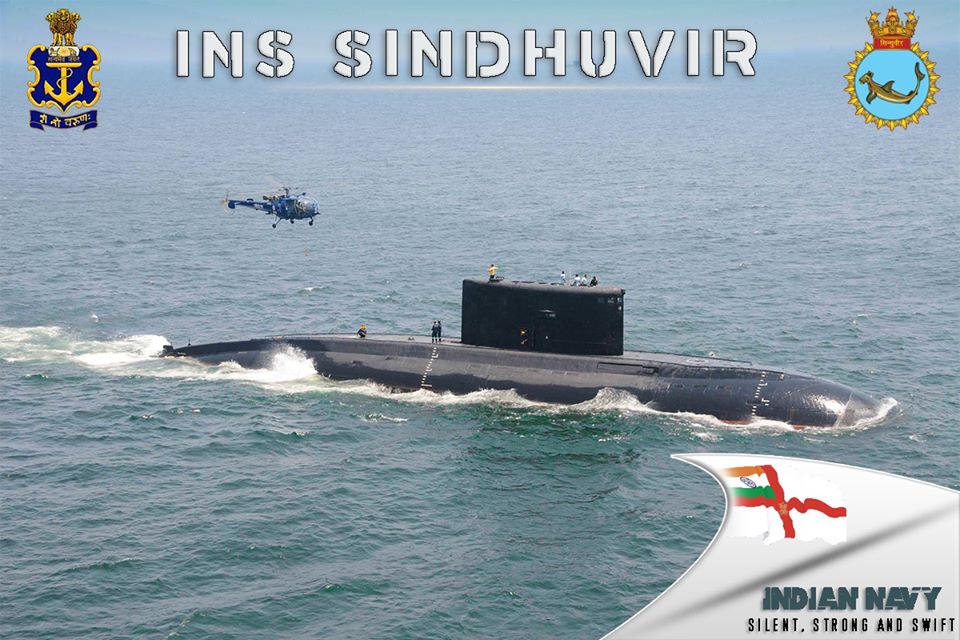 India is considering buying more Kilo- type submarines , modernizing existing ones and at the same time handing over a Kilo-class diesel-electric submarine INS Sindhuvir to Myanmar. After delivery, INS Sindhuvir will be the first submarine of the Myanmar Navy.

The INS Sindhuvir was refurbished by Hindustan Shipyard Limited in Visakhapatnam. India and Myanmar had agreed to train personnel for the new submarine fleet at the submarine training base at Visakhapatnam. The transfer will also include operational and maintenance training to the Myanmar Navy, which will be operating a submarine for the first time. However, it is unclear if this represents a lease or a permanent transfer.

The Sindhuvir joined the Indian Navy in 1988. Recently, it underwent medium repairs in Russia’s Severodvinsk. After the Sindhuvir’s handover, India will have eight more Kilo-class submarines.

INS Sindhuvir (S58) is a Sindhughosh-class diesel-electric submarine of the Indian Navy.Sindhughosh-class submarines are Kilo-class diesel-electric submarines in active service with the Indian Navy. Their names are in Sanskrit, but in their Roman-alphabet forms sometimes a final short -a is dropped. The Sindhughosh submarines, designated 877EKM, were designed as part of Project 877, and built under a contract between Rosvooruzhenie and the Ministry of Defence (India). The submarines have a displacement of 3,000 tonnes, a maximum diving depth of 300 meters, top speed of 18 knots, and are able to operate solo for 45 days with a crew of 53.