navalpost
Home Naval Articles How is Life in a Submarine? 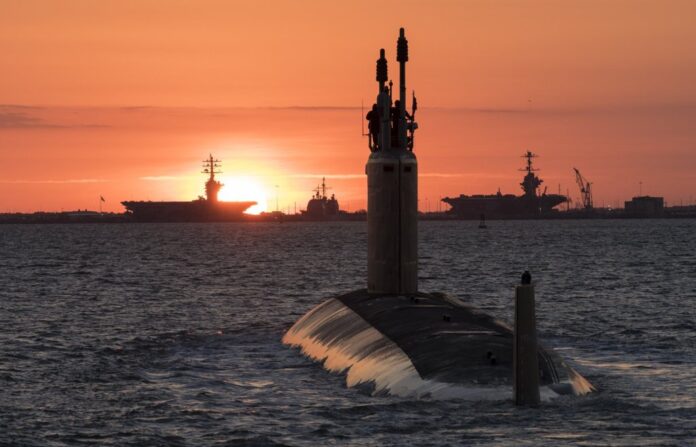 It is small. There are very few spaces on a submarine where you could extend your arms and spin around without hitting something. When you walk down the passageway (hallway) you tend to walk with your right shoulder forward because that will be the only way to get past anyone coming the other way. It is very easy to hit your head on doorways, pipes, etc. You get used to it or you go crazy.

You have very little private space. Most men/women on board pretty much only had their bunk. Their privacy was pulling the curtain on their bunk (pretty much the same as all Navy ships). If there were more crew members than bunks, you had to share the bunk. This was called “hot bunking” because when you got in your bunk it was still warm from the last guy.

The atmosphere is closed. Although they ventilate the sub periodically (They come to periscope depth weekly to exchange some of the air) all the smells are recirculated. Galley, diesel (even nuke subs have an emergency diesel), body odor, cigarette smoke, paint, cleaning supplies, etc. It’s pretty bad for a week, but then you don’t notice it. Interestingly, during the first week we all caught whatever respiratory disease anyone had, but after that no one caught anything else; there were no new strains introduced.

You never see sunlight. There are so many other things going on that this is probably the least of your problems. Most of the crew have no idea where they are, but it doesn’t matter. Your job and your life aren’t affected by where the boat is. After we submerge, we set the clocks to Zulu time (Greenwich Mean Time). Since you can’t see the sun, it doesn’t matter what local time is. Only the Officer of the Deck cares in case he has to come to periscope depth. He would usually do this at night to ensure no one would see the periscope. The Control Room would be rigged for red lights so his eyes would be adapted for dark.

Water supplies are rationed. You have to take quick showers.

You drill constantly. Perhaps it was to avoid boredom. You get quite good at handling multiple simultaneous emergencies.

You have four six-hour watch rotations. Since all the positions had to be manned, that determined how often you stood watch. If there were only two people qualified for your station, then you stood six on and six off. In your six off you had to sleep, eat, etc.; you end up being sleep-deprived. If you are lucky there are three or four men qualified for your station, and you get enough time for sleep. For officers and senior petty officers, off time also had lots and lots of paperwork. Of course, if there was a drill during your off time, you had to participate, and you could lose your sleep time.

The above depicts life on a US Submarine. Life is similar in other navies. We have compiled some videos from YouTube for those who are interested in life insides the submarines.

Check out Naval Library App to find out the specifications of the submarines: