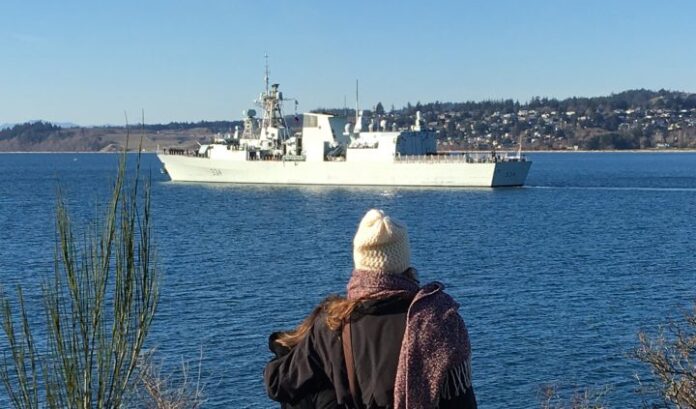 Her Majesty’s Canadian Ship (HMCS) Regina, accompanied by Naval Replenishment Unit Asterix, departed its homeport of Esquimalt today for a deployment to the Asia-Pacific and Middle East regions. The ships will initially support Operation PROJECTION working with partner navies and conducting key leader engagements to enhance military cooperation and partnerships in support of Canada’s diplomatic efforts in the Asia-Pacific region.

In March 2019, the ships will transition to Operations ARTEMIS, supporting the Canadian-led Combined Task Force 150 (CTF 150). CTF 150 is part of the Combined Maritime Force, which is a naval coalition of 33 partner nations that promotes security and stability in international waters of the Middle East regions. CTF 150 works to deter and deny terrorist organizations from using the high seas for smuggling weapons, illicit cargo, and narcotics, while ensuring the safe passage of merchant ships in some of the busiest shipping lanes in the world.

Upon completion of their support to Operation ARTEMIS the ships will transition back to Operation PROJECTION for the remainder of their deployment and continue their engagement in the Asia-Pacific region.

HMCS Regina will be supported by the Naval Replenishment Unit (NRU) Asterix. The NRU operates from Motor Vessel (MV) Asterix, which is a short-term commercial solution contracted for five years to provide essential at-sea replenishment support, and serving as a viable bridge until the arrival of the RCN’s two new Protecteur-class Joint Support Ships.