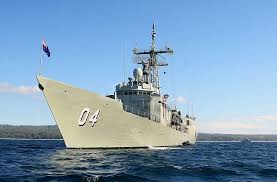 The Royal Australian Navy’s decommissioned frigate ex-HMAS Darwin is to be scuttled in the waters off Tasmania to become a dive wreck, the Australian government announced August 9.
The Australian government has approved the decommissioned HMAS Darwin to be turned into a dive wreck off St Helens.
Defence Minister Marise Payne said the wreck would deliver significant economic and tourism benefits for the region.
The ship was decommissioned in 2007 and had sailed more than 1 million nautical miles during 33 years of service.
Tasmanian Nationals senator Steve Martin said the wreck would give small businesses to chance to capitalise on national and international interest to dive in Tasmania’s waters.
HMAS Darwin has served in three battles with honours: East Timor in 1999, the Persian Gulf 2002 and 2003, and Iraq in 2003.
It was the first Australian ship deployed to the Persian Gulf in 1990.