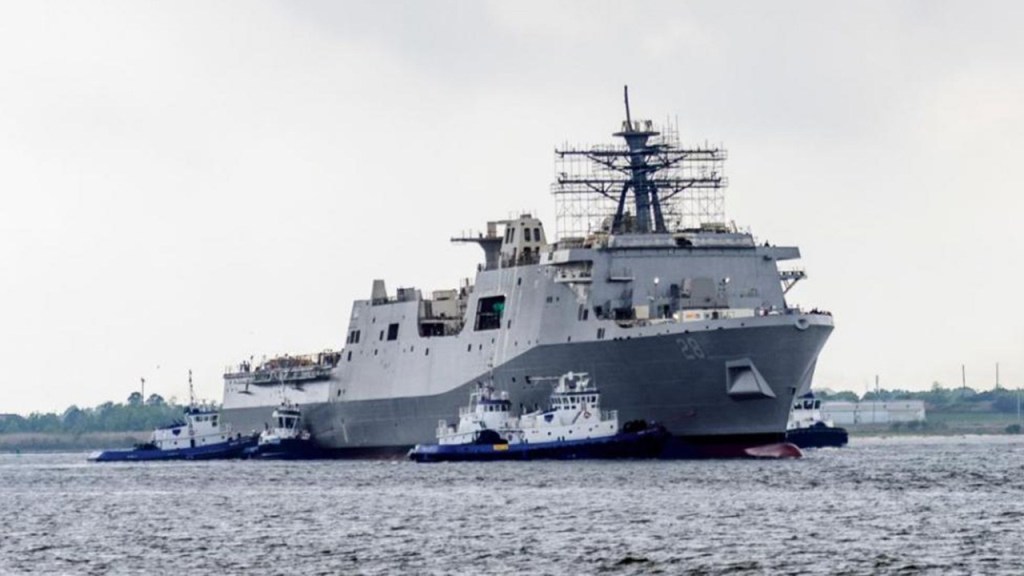 On March 7 2020, the ship was transferred from the land level facility to the dry dock in preparation of floating off. During the launch, the dry dock was slowly flooded until the ship floated off the blocks.

San Antonio class ships support embarking, transporting, and landing elements of 650 Marines by landing craft or air-cushion vehicles. The ship’s capabilities are further enhanced by its flight deck and hangar, which can operate CH 46 Sea Knight helicopters and the Osprey tilt-rotor aircraft (MV-22). Because of the ship’s inherent capabilities, it is able to support a variety of amphibious assault, special operations and expeditionary warfare missions, operating independently or as part of Amphibious Readiness Groups (ARGs), Expeditionary Strike Groups, or Joint Task Forces.

Ingalls Shipbuilding is also in production on the future USS Richard M. McCool (LPD 29) and Harrisburg (LPD 30). LPD 28 and 29 will serve as transition ships to LPD 30, the first LPD 17 Flight II ship.

As one of the Defense Department’s largest acquisition organizations, PEO Ships is responsible for executing the development and procurement of all destroyers, amphibious ships, special mission and support ships, and boats and craft.