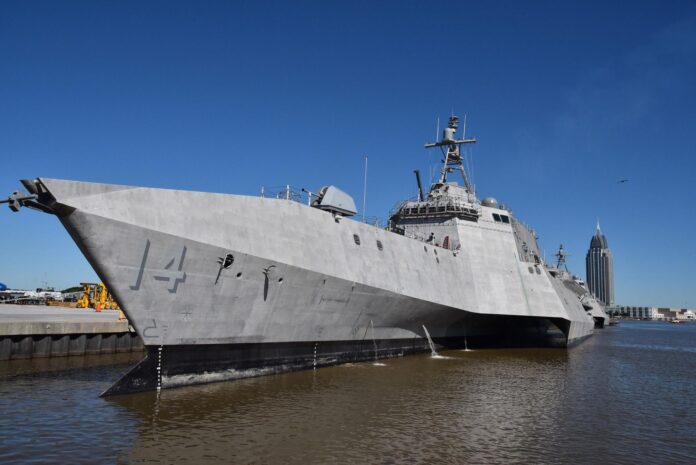 The future USS Manchester (LCS 14) successfully completed acceptance trials Dec. 15 after a series of graded in-port and underway demonstrations for the U.S.Navy’s Board of Inspection and Survey.

Acceptance trials are the last significant milestone before delivery of the ship to the Navy. During trials, the U.S.Navy conducted comprehensive tests of the Littoral Combat Ship (LCS), intended to demonstrate the performance of the propulsion plant, ship handling abilities and auxiliary systems. While underway, the ship successfully performed launch-and-recovery operations of the 11-meter rigid-hull inflatable boat, completed surface and air self-defense detect-to-engage exercises and demonstrated the ship’s maneuverability through high-speed steering and a four-hour full power run.

Several more Independence variant ships are under construction at Austal USA in Mobile. Tulsa (LCS 16) and Charleston (LCS 18) were christened and launched earlier in 2017. Other sister ships, Cincinnati (LCS 20), Kansas City (LCS 22), Oakland (LCS 24) and Mobile (LCS 26) are in varying stages of construction. In addition to these hulls, contracts for LCS 28 and LCS 30 were awarded to Austal in 2017.