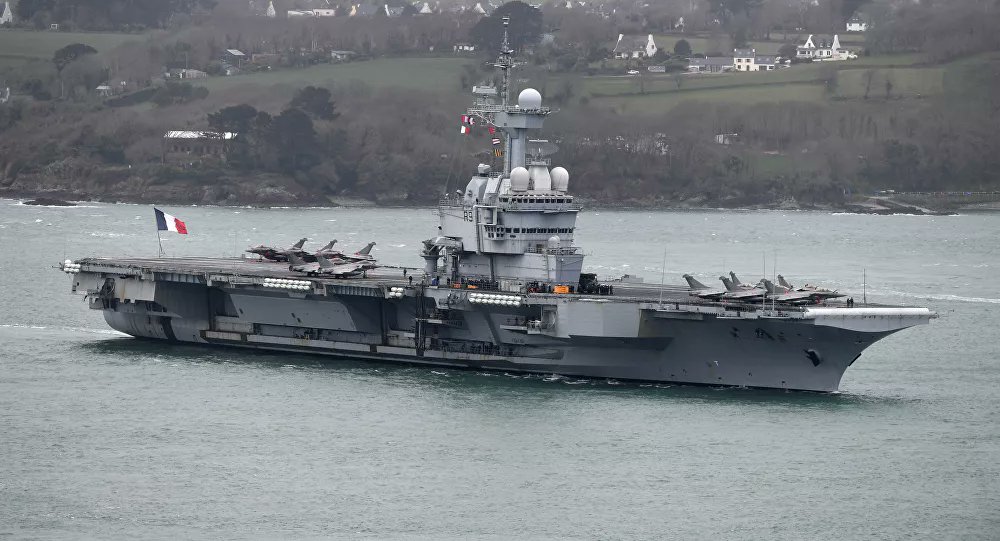 France’s aircraft carrier will be brought home early from the deployment in the Atlantic after some crew members (more or less 40 persons) showed coronavirus symptoms, the defence ministry said on 8th April.

“As of today, a screening team with test means will be sent aboard the aircraft carrier to investigate the cases that have arisen and to hinder the spread of the virus on board the ship,” the ministry said.

Charles de Gaulle’s crew complement consists of about 2000 sailors, had been deployed in the Atlantic as part of a NATO exercise after having participated in Operation Chammal that seeks to contain the Islamic State group in Iraq and Syria. It was preparing for its return to the Mediterranean.

“It was decided to bring forward its return to Toulon, initially scheduled for 23 April,” said the statement.

Charles De Gaulle is the 2nd aircraft carrier case suffered from COVID-19 virus. After the increasing incidents, the U.S. carrier Theodore Roosevelt was taken to Guam island in order to treat the patients.