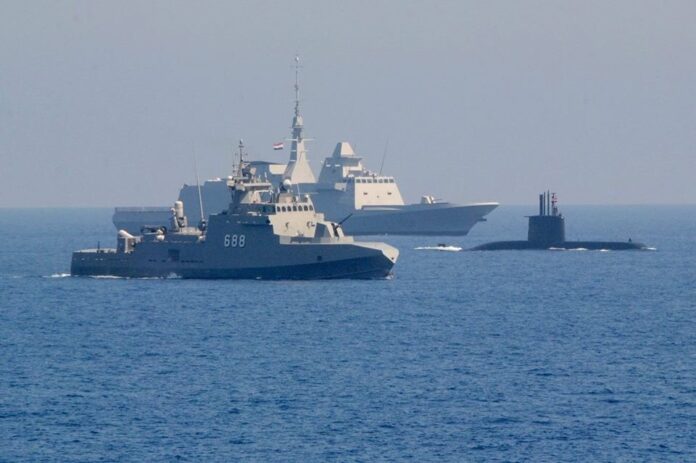 For the first time, Egypt will participate in joint naval drills with Russia in the Black Sea before the end of 2020, the official Russian news agency TASS reported.

To reach the Black Sea, Egypt’s vessels will pass through Turkish Straits. There have been tensions between the two countries since 2013.

“In Novorossiysk, the delegations of the Russian Navy and the Navy of the Arab Republic of Egypt held a three-day conference on preparing and holding the joint exercise Bridge of Friendship -2020. The main goal of the meeting of the naval sailors from both countries was to work.

During the drills, the warships of the Russian Navy’s Black Sea Fleet and the Egyptian Navy will practice measures with the support of aircraft to defend sea lanes against various threats. Under the single scenario, forces will be deployed to organize communications and resupply at sea and the participants in the maneuvers will hold an inspection of suspicious vessels.

Also, the Russian and Egyptian naval sailors will practice measures under the command of the drills’ joint headquarters to organize all types of protection and defense at sea and will carry out missile and artillery firings, employing shipborne weapons, the press office specified.

“The drills aim to strengthen and develop military cooperation between the Egyptian and Russian Navies in the interests of security and stability at sea, and to exchange experience between the personnel in thwarting various threats in the areas of intensive shipping,” the press office added.