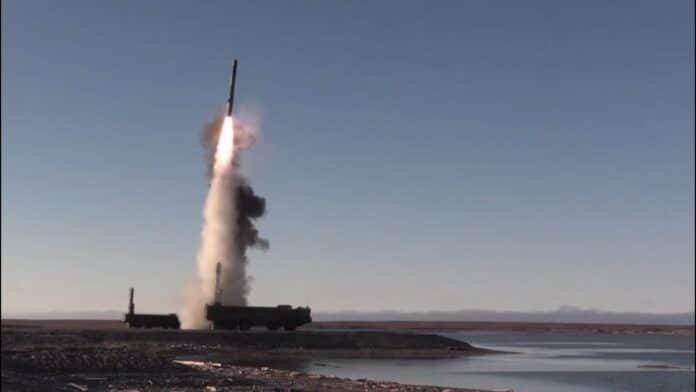 According to the local sources in Egypt, the Egyptian Navy is planning to acquire the Russian super-defense system “Bastion” in order to secure its coasts and gas fields in the Mediterranean.

The sources noted that Egypt’s acquisition of these systems is a logical matter that fits into the framework of a comprehensive development plan for the Egyptian Navy that will include access to modern defense systems along the coast of the country.

The K-300P Bastion-P is a Russian mobile coastal defence missile system. The main role of the Bastion-P is to engage surface ships including carrier battle groups, convoys, and landing craft.

The missile used by the Bastion-P is the P-800 Oniks, a supersonic anti-ship missile with a 200–250 kg (440–550 lb) warhead. They are fired vertically from the launchers using a solid-fuel rocket booster for initial acceleration, then use a liquid-fuel ramjet for sustained cruising at Mach 2.5. The Oniks/Yakhont’s maximum range varies at 120–300 km (75–186 mi; 65–162 nm) using a low-low or hi-low flight trajectory respectively.

Using GLONASS at the initial flight stage and active radar guidance when approaching a target, the missile can fly to an altitude of 14,000 m (46,000 ft) before descending to a sea-skimming altitude of 5 m at the final stage, used up to sea state 7.