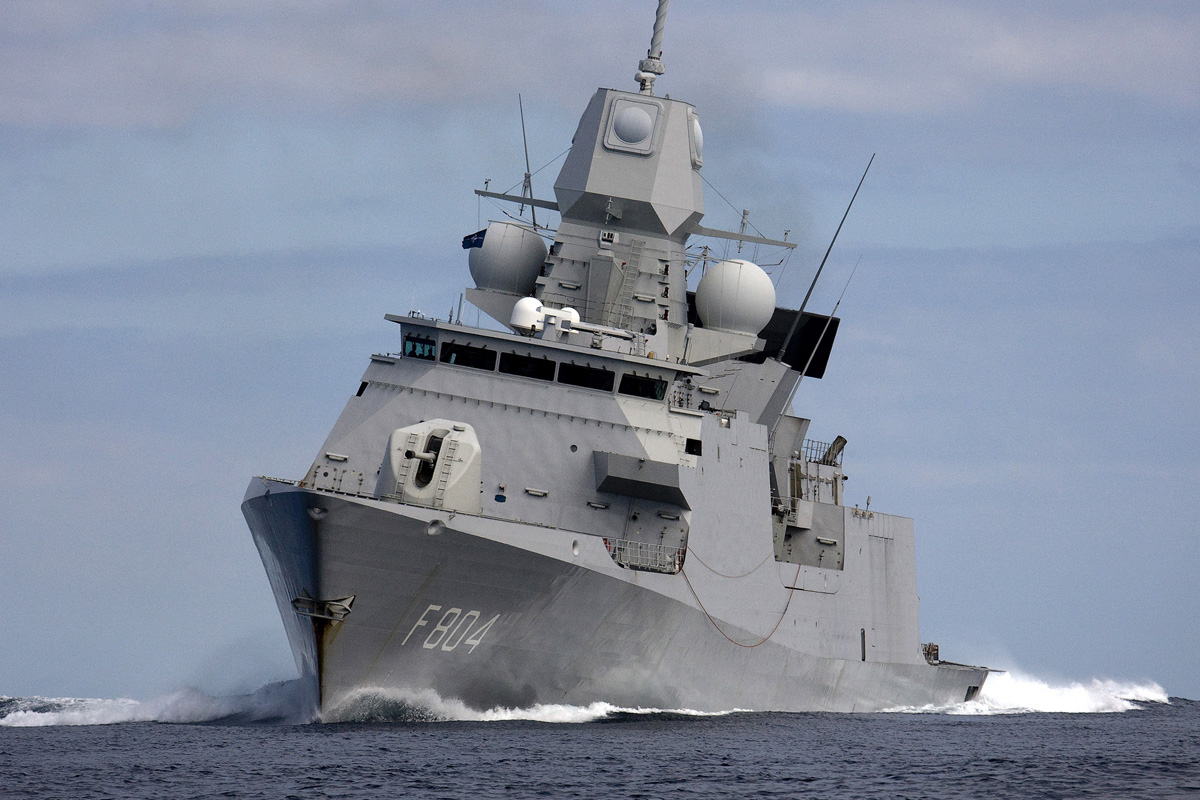 According to the statement of Ministry of Defence of Netherlands on Friday (24th January), the air defense frigate HNLMS De Ruyter will leave Den Helder base on Tuesday (28th January) in order to proceed to the Gulf region to participate French-led European observation mission named as EMASOH (European Maritime Awareness in the SoH).

For the first time since 2017, a naval asset of the Dutch Navy is leaving for such a mission to the sea (other deployments concerned NATO or national operations, or exercises).

Meanwhile, the Dutch Minister of Foreign Affairs sent a letter with information about the mission and with answers to questions from the House of Representatives in order to clarify the mandate of the ship. The letter also contains the outlines of the mission, the national limitations and actions allowed.

the French frigate FS Courbet (La Fayette class) is also part of the mission and a French maritime patrol aircraft of the Breguet Atlantique II type. Belgium contributes with three soldiers; one in the staff and two on board of Zr.Ms. De Ruyter.

HNLMS De Ruyter will be away from home for five months.

EMASOH (European Maritime Awareness in the SoH) is a European-led effort offered by France which is planned to constitute a useful instrument in safeguarding the freedom of navigation by ensuring adequate coordination and information sharing mechanisms with all partners operating in the area, including the maritime industry. Moreover, EMASOH aims to foster de-escalation and to complement vital diplomatic efforts aiming at ensuring increased stability and an inclusive regional dialogue in a critical context.

Recent developments in the Middle-East are extremely worrying as they fuel tensions and increase the risk of a potential large-scale conflict with consequences in the whole region. This context calls for enhanced de-escalation initiatives to stop the ongoing trend.

Therefore, sharing the assessment that the current situation in the Gulf and the Strait of Hormuz remains unstable in a region critical to global stability, and supporting the de-escalation approach when it comes to dealing with regional security issues, the Governments of Belgium, Denmark, France, Germany, Greece, Italy, the Netherlands, and Portugal politically support the creation of a European-led maritime surveillance mission in the Strait of Hormuz (EMASOH).

Denmark, France, Greece and the Netherlands has declared to contribute to the mission actively so far.