navalpost
Home Articles Do you know that Pepsi was the 6th largest naval power in... 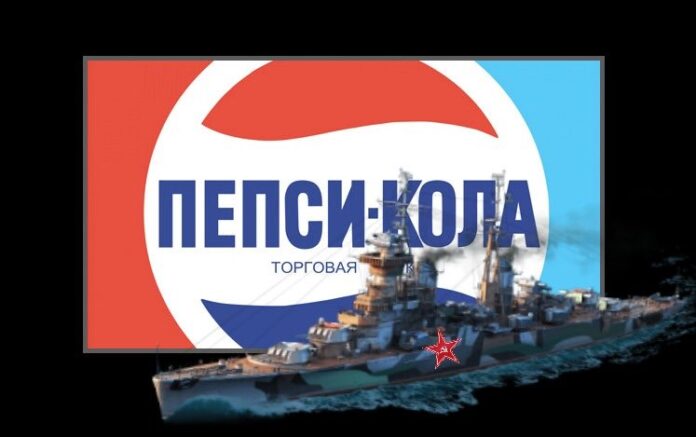 The title of the article may seem strange to readers. Even some of them may rightly think there is a typo here. Because it is really hard to use the words “Pepsi” and “military power” in the same sentence. The Pepsi and Coca Cola war is an open phenomenon of our generation. A little known fact is that Pepsi itself was capable of making war with a real navy. Yes, Pepsi had acquired a great naval force in the early 1990s. But how? Let’s read the story.

The U.S. penetration attempts to the Soviet social life during the Cold War:

During the Cold War, the U.S. President Eisenhower was planning to penetrate Soviet social life to present American lifestyle in order to show the benefits of capitalism over communism. So, the U.S. government organized the “American National Exhibition” in Moscow in July 1959 and sent Nixon (future president of the U.S.) to represent the American government.

At the exhibition, Soviet leader Khrushchev and Nixon came together. They were watching the latest in American technology and consumer products when they began a discussion about the benefits of communism and capitalism. The pressure of conversation and the hot weather made Khrushchev sweat noticeably. Donald M. Kendall, at that time vice president of marketing of Pepsi, runs to help Khrushchev and handed him a glass of Pepsi.

This new beverage must have had a significant positive impact on the Soviet officials, which wanted to strike a deal that would bring Pepsi products to their country permanently in 1972. However, there was an issue of how they would pay for their newest beverage, as their money wasn’t accepted throughout the world. The solution was to pay with vodka. The Soviet government had large amounts of vodka since most of the brands of that drink were state-owned. So it was agreed that the USSR would pay with Stolichnaya vodka. With this agreement, Pepsi became the first Western product to be sold in the USSR.

In the late 1980s, Russia’s initial agreement to serve Pepsi in their country was about to expire, but this time, their vodka wasn’t going to be enough to cover the cost. Plus, In 1980, the USA boycotted Soviet products, which included vodka because of the USSR’s invasion of Afghanistan. While the US state wasn’t accepting Russian vodka anymore, Pepsi asked for the money it needed differently. The USSR still had difficulties in international markets to exchange rubles, so they had to find an alternative method of payment.

In 1989, the Soviet government and Pepsi signed a strange agreement in which Pepsico acted as a middleman to scrap 17 old submarines and three warships including a cruiser, a frigate and a destroyer. Pepsi, who did not know what to do with these naval assets, initially cautious about the proposal. After learning that the total value of this fleet, which was the 6th largest navy in the world at that time, was 3 billion dollars, Pepsi accepted the agreement.

Those 17 submarines made Pepsi become, for a few days, the 6th largest military power in the world, but Pepsi sent the ships to Norway to be scrapped.

Here is a short documentary of this incident;