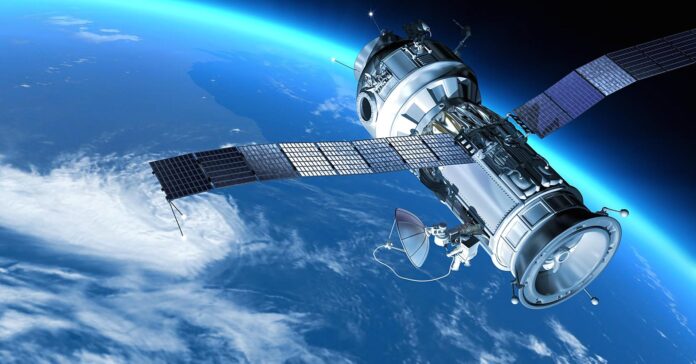 The United States has been taking the strategic advantage in navigation, command, control, and munitions guidance by introducing NAVSTAR Global Positioning System (GPS) since 1972. However, the U.S. is not the only power to have a GPS today.

The U.S. has long been the world leader in satellite-based positioning with its GPS. In 1996, during the Taiwan Strait Crisis, China fired three missiles to locations on the Taiwan Strait as a warning. While the first missile hit its intended target, the People’s Liberation Army (PLA) lost track of the other two. China claims that the U.S. had cut off the GPS signal to the Pacific that China relied upon for missile tracking. The event prompted Beijing to build its global navigation and positioning satellite system.

China’s BeiDou experienced three phases of construction, with the third phase fully deployed in July 2020. BeiDou started as the now-decommissioned BeiDou-1, with only three satellites, in 2000. The second phase, also known as COMPASS, became operational in 2012 with only 16 satellites covering Asian-Pacific regions. Unlike GPS, which started working after being fully set, BeiDou’s staged strategy made early commercial use of the system accessible. Besides, experience gained in the second phase led scientists to make a better design for BeiDou-3. The third step of BeiDou was launched in 2015 with complete global coverage, using 35 satellites.

The project started providing global navigation services in 2018. The last satellite launched in 2020 was the latest in the series of 30 BDS-3 satellites. Compared with previous generations of the BeiDou, satellites have been providing increased bandwidth and accuracy. The system upgraded its performance after completing its third phase, reaching accuracy at 1 m for public use and 1 cm for encrypted military use.

The system is a two-way communication system, allowing it to identify the locations of receivers. BeiDou-compatible devices can transmit data back to the satellites, even in text messages of up to 1,200 Chinese characters. By completing BeiDou, China now has its navigation system, which will compete with GPS developed by other countries. Out of these navigation systems, the GPS is the most widely used for both personal navigation and for more sensitive military purposes. Significantly, as ties between the U.S. and China deteriorate, it becomes more important for China to have its own navigation system that the U.S. does not control.

GPS, GLONASS (Russia), and Galileo (E.U.) mainly act as beacons, beaming out signals picked up by billions of devices using them to determine their precise position on Earth. BeiDou is a two-way communication system, which is different from the other three GPS. According to China’s state broadcaster CCTV, Beidou knows where you are through and tells others where you are through the system. This characteristic is helpful for fishing boats, buses, field staff, and rescuers that wish to send messages and inform of their locations. People trapped in a mountain without a cellphone signal can send a message of up to 1,200 Chinese characters to a BeiDou satellite to get rescued.

In comparison, GPS, GLONASS, and Galileo only send signals from satellites to receivers and have no idea of who and where the receivers are. Though this particular function provides convenience in some cases, it is considered a flaw by some people. As well as the intrinsic disadvantage that two-way transmission compromises accuracy and takes up wider bandwidth, it raises security concerns. For example, Taiwan’s Ministry of Science and Technology recommended that national defence agencies monitor signals transmitted by BeiDou. It may track users by deploying malware on the enabled chip and sharing information through navigation signals or messaging.

According to a report released by a Chinese research firm Qianxun SI, BeiDou’s satellites were observed more frequently than GPS satellites in most parts of the world.  BeiDou already has more satellites in orbit than U.S GPS (35 versus 31) and 63 spy satellites (the U.S. has over 100), both of which mean that China’s ability to both detect and track from space and guide missiles to any detected target is quite good. And China’s system is more heavily focused on China and its surrounding environments, including the South China Sea. Combined with its extensive network of “nautical navigation beacons” (aka, spying devices) littered throughout the South China Sea as well as its already large and rapidly expanding drone fleet, China’s ability to track U.S. ships would seem to be more developed than known.

As an integral part of everyday life, GPS is nearly ubiquitous in the modern economy. The system is also an indispensable asset to U.S. forces at home and deployed around the globe. It provides a substantial military advantage and has been integrated into virtually every facet of military operations. Being overtaken by BeiDou could have potentially enormous implications for both high-tech industry and national security.

It provides full autonomy to China in position and navigation services for ground, sea, and air transportation means globally. Widespread integration of BeiDou across the Belt and Road ostensibly ends a member nation’s reliance on the American military-run GPS network. BeiDou is consistently referenced as “the biggest” aerospace program that China has ever undertaken. For the past 2½ years alone, more than 300,000 scientists and engineers from more than 400 research institutions and corporations were involved in the program.

The rise of the BeiDou system is not simply positioning service in competition with the U.S, but also a strategic challenge for the U.S. “Selective availability” technology which introduced intentional error into non-military GPS receivers to retain the best accuracy for military use is not a cause of superiority for the U.S since the existence of the other GPSs especially Badiou. Along with 5G, the system is called by Beijing “The Two Pillars of a Great Power.”