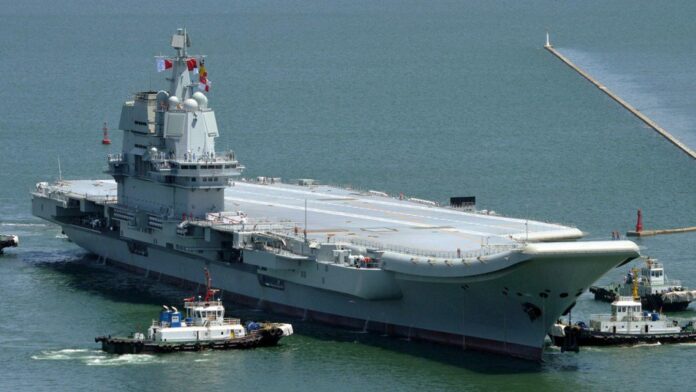 The carrier’s first sea trial was from May 13 to 18. After a five-day sea trial, the carrier had returned on May 23 to the Dalian Shipyard in the North-east China’s Liaoning Province to finish its remaining outfitting work.
The outfitting work on the aircraft carrier Type 001A was completed on July 5, making the ship ready for its second sea trial.
The first sea trial results for the ship, known as the Type 001A, have been successful, China Shipbuilding Industry Corporation (CSIC) Chairman Hu Wenming said on June 21, according to the company’s official website.
The ship is China’s second aircraft carrier after the Liaoning, and its construction began in 2013.
Boasting more than 12,000 pieces of equipment, the carrier has been made by 532 Chinese enterprises including many private firms.
The vessel has more than 3,600 cabins. About 3,000 workers from across China worked on the ship on a daily basis.