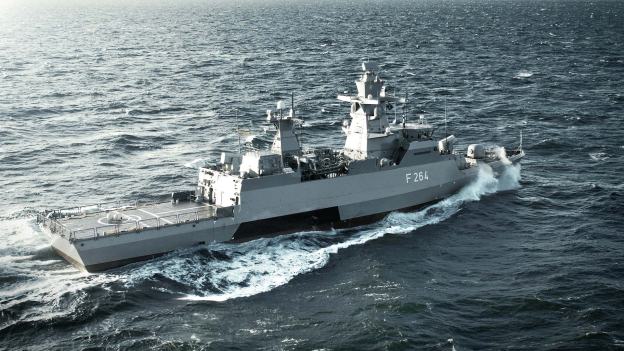 ATLAS ELEKTRONIK and Thales Deutschland have jointly been commissioned to deliver the combat system of the German Class K130 Corvette. The order comprises 5 corvettes as well as the Test and Training Centre (EZ/BUZ) in Wilhelmshaven.
With completion scheduled for 2025, the “FüWES K130” consortium formed by the two companies and led by ATLAS ELEKTRONIK will deliver the combat system hardware and also adapt and update the existing Combat Management System software of the K130, first batch (ship 1-5). The contracted solution for Ship 6-10 is identical to the original contract (2003) for the K130, first batch. In line with the re-build requirement, changes in the solution are only related to obsolescence and compliancy with German regulations. Regulations regarding Safety and IT Security are significantly aggravated since commissioning the first batch of corvettes.
Although the industrial situation has changed over the past years, the existing K130 combat system knowledge is preserved within the companies concerned. For this reason, ATLAS ELEKTRONIK will remain responsible for the operational software and Thales will remain responsible for an IT secure combat system infrastructure.