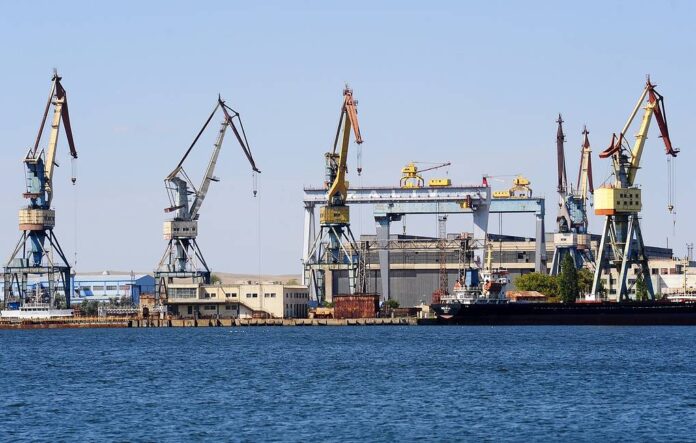 “The Zaliv Shipyard has the necessary equipment and technical potential to build ships of this class and designation,” the Shipyard press office said, replying to the corresponding question.

The Zaliv Shipyard has the country’s largest dry dock, which earlier enabled it to build such large-capacity vessels as the Krym and Pobeda supertankers, and also the world’s first nuclear-powered LASH carrier and container ship Sevmorput, the press office noted.

The Russian Defense Ministry and the Zaliv Shipyard are to sign a contract on the construction of the warships in February. The amphibious assault ships would be named the Sevastopol and the Vladivostok, after the cities in Crimea and Russia’s Far East, respectively.

Helicopter carriers for the Russian Navy

The amphibious assault ships are expected to displace 25,000 tonnes, have a maximum length of about 220 meters and be capable of carrying over 20 heavy helicopters. They will also have a dock for landing boats and will carry up to two reinforced marine battalions with a total strength of 900 men.

Russian Deputy Defense Minister Alexei Krivoruchko told the Krasnaya Zvezda newspaper in late December last year that the contract on the construction of universal amphibious assault ships was due to be signed in 2020.