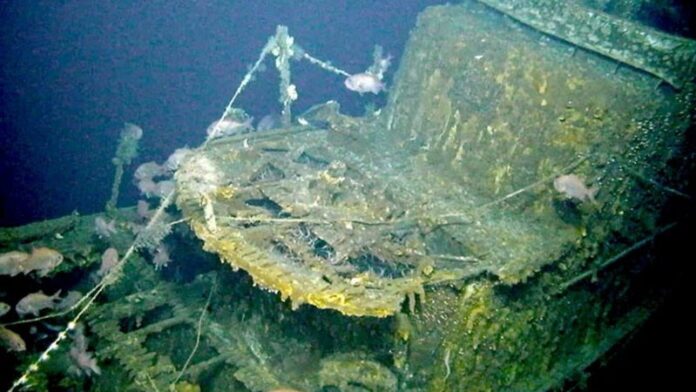 A missing U.S. submarine , which was widely used in World War II, was found in Okinawa (off the coast of Japan) after more than 75 years of its disappearance. Although the discovery of the USS Grayback – one of the most destructive of the conflict – took place on July 5, the news was not announced until Sunday (10th November).

As informed, this is the first US submarine discovered in Japanese waters and is the final resting place of 80 sailors.

The vessel was found by Tim Taylor, who alongside his wife, Christine Dennison, created the Lost 52 Project, which aims to find the 52 American submarines lost in World War II . In addition to Grayback, they have already located four other submarines.

According to the US Navy, the USS Grayback was responsible for the killing of at least 14 enemy vessels. In January 1944, he sailed from Pearl Harbor in the United States to the South China Sea in what would be his tenth combat patrol.

However, he was attacked by Japanese aircraft on February 26 of that year. By the end of the following month, in March, he had officially entered the US Navy missing list.

With the discovery, the families of the 80 sailors who were part of the USS Grayback crew will be able to have an answer as to what happened to their loved ones. “There is a book I read that says these ships are known only to God. But now we know where Grayback is, ”said Gloria Hurney, niece of Raymond Park, who died in the submarine accident.

Now the couple hope to do more searching soon. “We don’t tell people that we are looking for them because we don’t want to let them down, and we don’t want to post on the Internet until it’s done correctly by the Navy,” Taylor said. “With the technology we are using and the ability to cover large areas of land, we are looking into the potential for further discovery.”