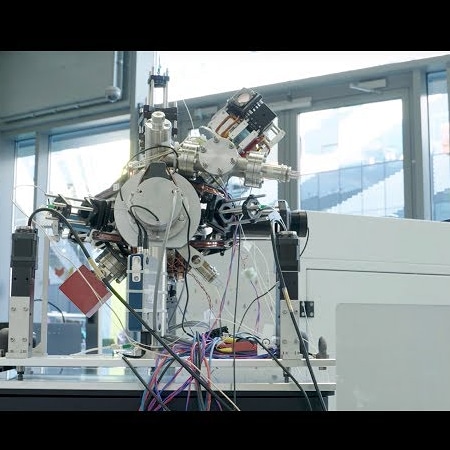 After millions of pounds of funding from the UK Ministry of Defence (MoD) under the UK National Quantum Technologies Programme, British scientists have constructed what they claim to be humanity’s first quantum ‘compass,’ a navigational device independent of the satellite-based Global Positioning System (GPS).
The instrument, built by scientists at the Imperial College in London, England, is claimed to be able to ascertain the exact location of anything on Earth without relying on satellites, as does the GPS network.
“It’s completely self-contained,” said Joseph Cotter, a researcher at the Centre for Cold Matter at Imperial College, speaking to Financial Times this week. “It’s particularly useful if you want to navigate a large ship or autonomous vehicles over long periods of time, without having to send or receive any other signals to know where you are,” he added.
The new ‘compass,’ also called a quantum accelerometer, measures how an object’s velocity changes over time, by using the starting point of an object and measuring how an object’s velocity changes.
The quantum accelerometer uses powerful lasers to supercool atoms. When extremely chilly, the atoms exhibit “quantum” properties. As they fall, their acceleration can be measured using an “optical ruler” that is extremely accurate, thus providing navigation data without relying on external signals.
Article bottom