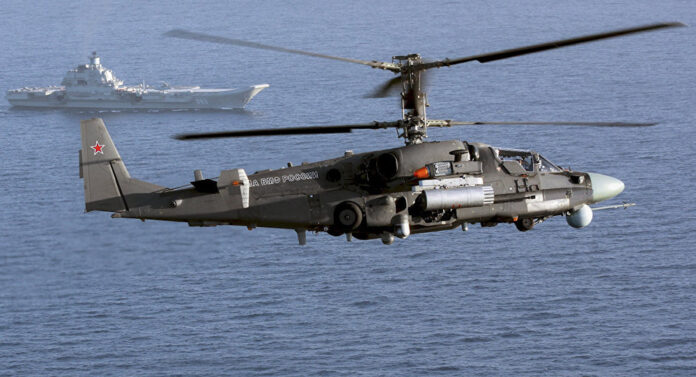 According to an article of TASS agency, Russia is holding consultations with Egypt on the deliveries of armament and Ka-52 attack helicopters for Mistral amphibious assault ships, Head of the Federal Service for Military and Technical Cooperation Dmitry Shugayev said in the run-up to the Russia-Africa Summit opening in Sochi on Wednesday (23rd Oct).

“The issue on the agenda is to further outfit Mistral ships with our armament and Ka-52 helicopters. We have quite serious cooperation with that country,” Shugayev stated in an interview with a TV Channel.

Russia is currently holding consultations on the deliveries of rotorcraft, electronic warfare and air defense systems, the defense official said, stressing that Egypt “is a leading partner not only on the continent but generally in the sphere of military and technical cooperation.”

Shugayev said in October 2018 that the Federal Service for Military and Technical Cooperation expected to reach an agreement in the immediate future on further outfitting the Egyptian Mistral helicopter carriers and supplying Ka-52 gunships for them.

Why Egypt has consulted to Russia?

These talks are quite interesting. As we know clear, politics commonly have “no yesterday”. Egypt received the Mistral universal amphibious assault ships initially built for Russia in 2016, because of the crisis occurred in Ukraine, France cancelled the delivery to Russia. Russia later offered Egypt advanced armament, electronic warfare and communications systems for installing them on the helicopter carriers. Now Russia is modernizing a warship which is built for them but delivered to another country, an ally of a rival (U.S.).

While procuring the Mistral Helicopter Carriers, France refused to give attack helicopters to Egypt, so, they need “attack helicopters” to embark on Mistrals in order to make her more powerful. Egypt is the ally of the United States that received the highest military aid by FMS (Foreign Military Sale), and armed with strong weapons in the recent years. Amid the conflict at East Mediterranean, Egypt has the most powerful navy at axis constituted against Turkey. Probably they want to empower their force shift capability in order to improve deterrence at Exclusive Economic Zone.

When we read the article of the TASS, a question appears in mind. Why is Egypt keeping talks to strengthen their most powerful ships with Russia, not with the U.S.? If we take a quick look at recent incidents, the U.S. government led by Trump has been intending to withdraw forces from Syria and some part of the Middle East. They see the biggest problem at Pacific and establish the center of power in the vicinity of Indo-Pacific region. The U.S. surely should be aware of talks between Russia and Egypt and they took no action for that. Should we think that Russia is becoming the most effective country in middle east? Or the U.S. leaving the “first country” chair to Russia that they got from the United Kingdom after World War-II? We cannot say “yes” or “no”. But we will see.