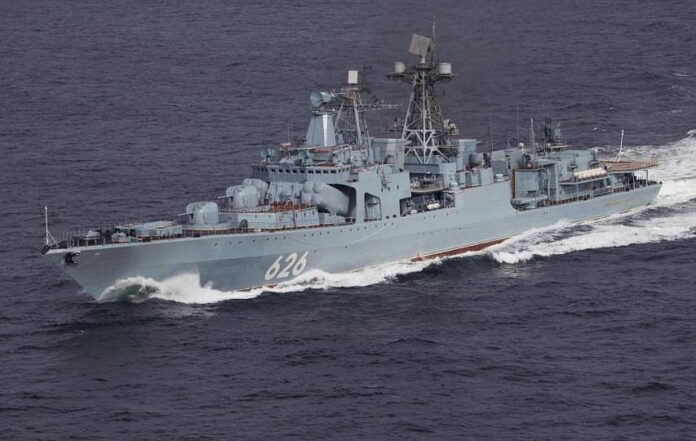 The Russian Northern Fleet’s large anti-submarine destroyer Vice-Admiral Kulakov has passed through the English Channel and is continuing along its long route in the Atlantic amid adverse weather conditions, the Fleet’s press service said on Monday.

“Last night, the Russian vessel crossed the narrowest portion of the English Channel – the Strait of Dover. The voyage of the large antisubmarine warship Vice-Admiral Kulakov in Atlantic waters comes amid unfavorable hydrometeorological conditions with strong winds and sea waves,” the statement said.

Vessels of this class can encounter the severest of storms and thanks to the crew’s skills and professionalism, the ship is able to be operated under any conditions written in statement.

Based on its updated schedule, the vessel is heading towards the designated area of the North Sea.
The ship has been proceeding on its long voyage for more than three months.

Starting from late August until mid-October, the crew performed tasks in the southern part of the Red Sea and in the Gulf of Aden. Its key goal was to ensure Russia’s regular presence in the region and safeguard civilian navigation. In the second half of October, Russian sailors fulfilled tasks in the Mediterranean Sea, the Fleet’s press service reported.