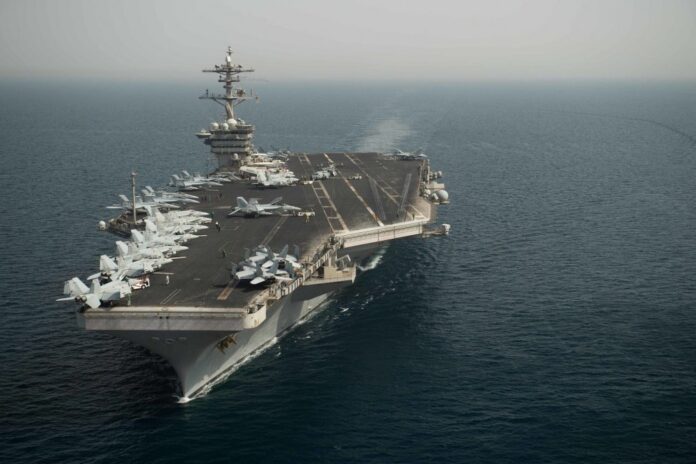 The ship left Naval Base Guam and entered the Philippine Sea manned and ready to provide maritime security, maintain freedom of the seas in accordance with international law and customs, and operate with international partners and allies to promote regional stability and prosperity.

Theodore Roosevelt is on a scheduled deployment to the U.S. 7th Fleet area of operations. The ship pulled into Apra Harbor, Guam, on March 27 and immediately implemented a phased and methodical approach to address a COVID-19 outbreak among its crew.

After successfully recovering the ship and the crew, then proceeding to requalify the air wing via carrier qualification, the Theodore Roosevelt team recovered the rest of the crew fit for the mission from the shore.

Underway, the carrier operates under a newly implemented COVID-19 standard operating procedure which establishes the guidelines, responsibilities, and procedures for the prevention and mitigation of COVID-19. The crew has modified numerous procedures including how they transit through the ship, expanded meal hours, and created new social distancing procedures for almost every at-sea evolution.

When Theodore Roosevelt departed from Naval Base Guam, they manned the rails as a gesture of gratitude and thanksgiving to honor the people of Guam, the service members, and civilians who supported the recovery of the crew during the COVID-19 pandemic.

Theodore Roosevelt is the fourth Nimitz-class aircraft carrier of the U.S. Navy with a crew of nearly 5,000 Sailors who support and conduct air operations at sea. Theodore Roosevelt departed San Diego for a scheduled Indo-Pacific deployment January 17.