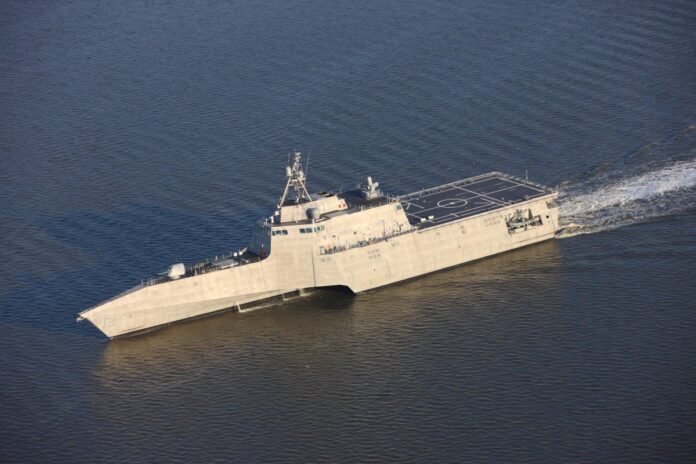 The USS Omaha is en route to its new home port of San Diego, and the date is set for the new littoral combat ship to formally join the Navy fleet.
The ship’s commissioning has been set for Feb. 3 at the city’s Broadway Pier, said Butch Kirkland, commander of the Navy League Nebraska Council and a member of the commissioning committee.
The 12th of a new class of Navy surface combatants, the USS Omaha left the Austal USA shipyard in Mobile, Alabama, where it was constructed, on Nov. 20. After stops in Mayport, Florida, and Norfolk, Virginia, for training, the ship is on its way to Naval Base San Diego, Kirkland said.
On Jan. 31, USS Omaha will move from the naval base to the Broadway Pier, which is where cruise ships dock along the downtown waterfront.
Two days later, ship sponsor Susie Buffett will hold a luncheon for invited guests aboard the ship.
That evening, a reception is planned on the USS Midway Museum.
The commissioning will take place at noon, Kirkland said, and is open to the public.