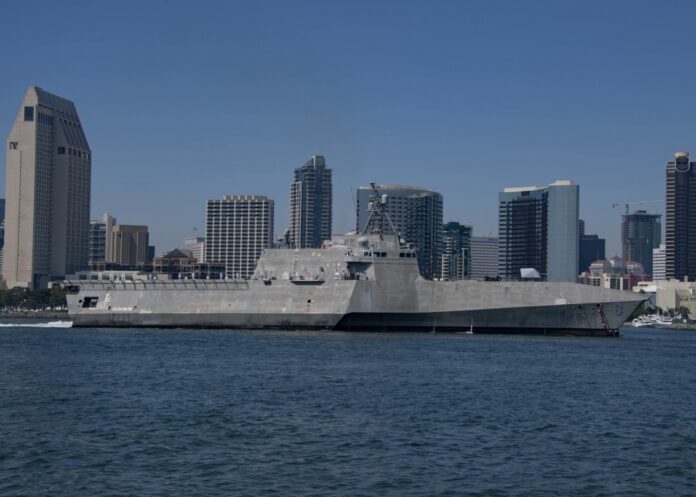 “I could not be more proud of the maritime security my ship and crew provided throughout this deployment. Their sacrifice resulted in the increased war fighting readiness of a Naval Surface Force that is, indeed, the world’s best,” said Cmdr. Edward Rosso, commanding officer, USS Montgomery. “It was an honor to have the opportunity to sail with allied and partner nations, and continue a forward presence in the Indo-Asia-Pacific region.”

Montgomery contributed to maritime security through numerous presence operations in the South China Sea, Philippine Sea, Strait of Malacca, and waters near Singapore.

Montgomery joined with seven other warships from seven member states of the Association of Southeast Asian Nations (ASEAN) for the first ASEAN – U.S. Maritime Exercise. Operating as a combined task force, the crew operated multilaterally and worked with partners on basic maritime skills such as at-sea communication, and culminated with visit, board, search and seizure boarding exercises.

USS Montgomery is assigned to U.S. 3rd Fleet, which leads naval forces in the Pacific and provides the realistic, relevant training necessary for an effective global Navy. U.S. 3rd Fleet constantly coordinates with U.S. 7th Fleet to plan and execute missions based on their complementary strengths to promote ongoing peace, security, and stability throughout the entire Pacific theater of operations.