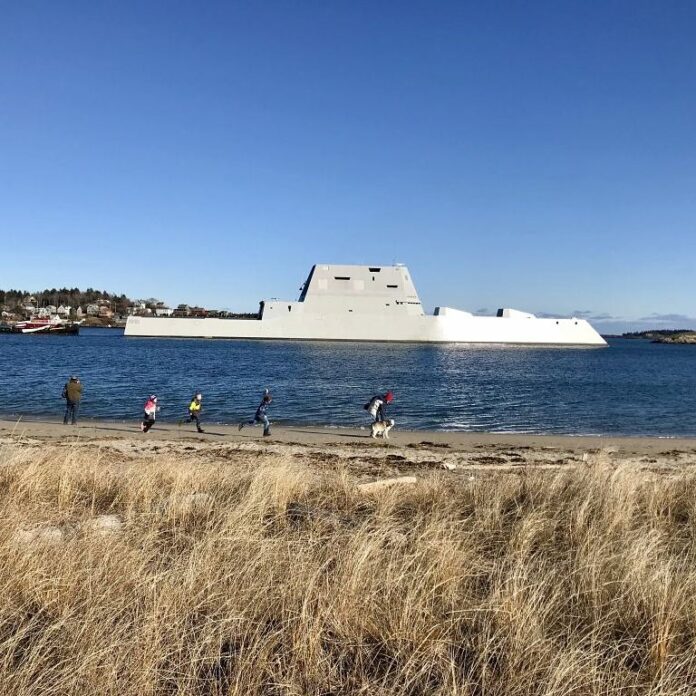 Fabrication of the Monsoor began in 2010, with the keel-laying ceremony taking place in May 2013 and the christening held last June. Sea trials are the first major test of the high-tech ship before a Navy inspection team conducts additional at-sea testing early next year.

“Michael Monsoor (DDG 1001) is currently on Builders Trials, testing the hull, mechanical and engineering components of the ship,” Bath Iron Works said in a statement.

The ship is named for Petty Officer 2nd Class Michael Monsoor, a Navy SEAL who was killed in Iraq in 2006 when he covered a grenade with his body to shield others from the blast. Monsoor was posthumously awarded the Medal of Honor by President George W. Bush.

BIW, which is owned by General Dynamics, currently has six destroyers at various stages of construction in its Bath shipyard: two Zumwalt-class stealth destroyers and four of the Arleigh Burke-class destroyers that have provided guided missile capabilities around the globe. 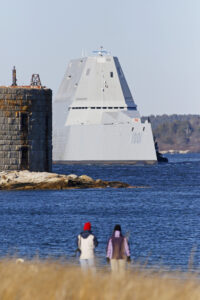 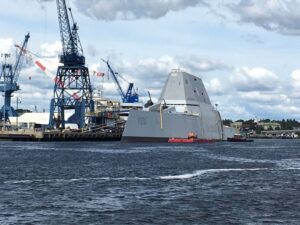