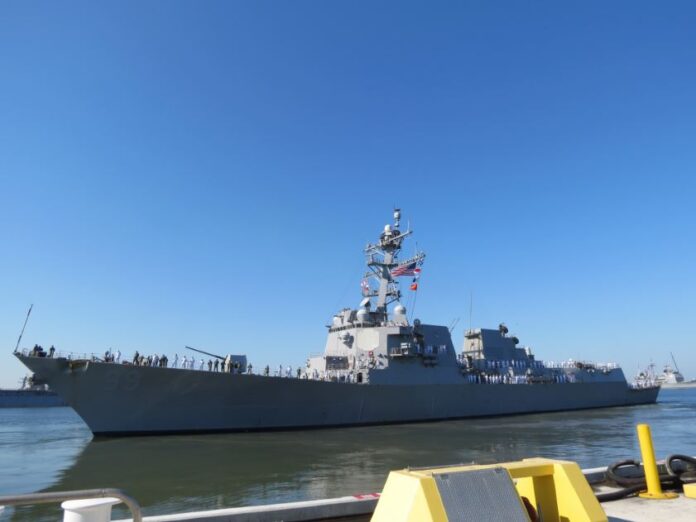 US Navy’s Arleigh Burke-class USS Farragut (DDG 99) was underway as part of the Harry S. Truman carrier strike group when a cooling fan failure forced the US Navy to carry out underway repairs on the destroyer in Norway.
U.S. Navy Forward Deployed Regional Maintenance Center (FDRMC) Naples, Italy teamed with U.S. Naval Supply Systems Command Fleet Logistics Center in Sigonella, Italy and Mid-Atlantic Regional Maintenance Center (MARMC) to conduct a voyage repair on the guided missile destroyer in Bergen, Norway.
The complex repair job required rigging services and a temporary access cut to the generator intake trunk with subsequent re-welding and inspections to replace the broken cooling fan.
With the ship docked at Naval Base Haakonsvern in Bergen, FDRMC Naples’ initial market research on the capabilities of the ship repair contractors in Bergen indicated the region held several companies capable of performing the work. On closer review, however, none of the companies were able to demonstrate they were technically qualified to meet the U.S. Navy’s repair standards.
The joint FDRMC-MARMC team put together a detailed travel and repair plan, which ensured the ship was able to meet its operational commitments, in spite of the setback from lack of qualified local contractors. Navy personnel met the ship in Norway and executed the repair plan according to schedule.