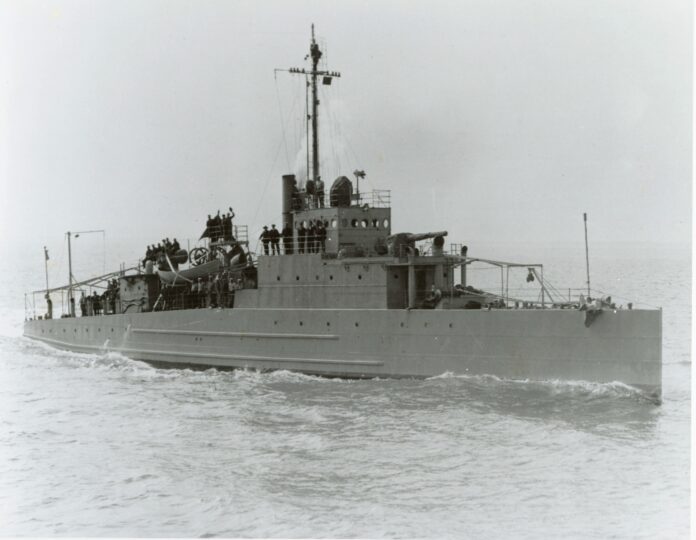 We have been getting interesting news about vanished ships nowadays. The last one was published by U.S. press that a private dive team has found the last American warship sunk off the US east coast in WWII – solving a 75-year-old naval cold case.

Its location remained a mystery until June 2018, when the ship was found five miles (8km) off the coast of Maine. The Eagle lay 300ft (91m) below the surface of the Atlantic Ocean.

This week, searchers announced that the missing warship had been discovered five miles off the coast of Maine and 300 feet beneath the surface of the Atlantic Ocean, in a rocky warren.

A team of eight civilian divers found the wreckage of the ship, which the Navy had initially ruled was destroyed by a boiler explosion. But over five decades later, a historian convinced the Navy that the Eagle 56 was one of the last American warship sunk by a torpedo from a German submarine.

The Eagle 56 sank on April 23, 1945, off the coast of Cape Elizabeth while towing a practice target for bombers from the nearby Naval Air Station Brunswick. The ship was part of a class of submarine chasers built by the Ford Motor Co. to combat German U-boats in World War I, but saw their first substantial action in World War II.

In the history of the US Navy, the “Eagle 56” still has its own chapter. Although survivors already reported on the presence of a German submarine on site, the official investigation in 1945 came to the conclusion that the ship had fallen victim to a boiler explosion. It was only in 2001 that the Naval Historical Center revised the verdict in a procedure that was once unique . The three survivors of the “Eagle 56” and relatives of the fallen were then awarded the Purple Heart Medal , the US Army Wound Badge.