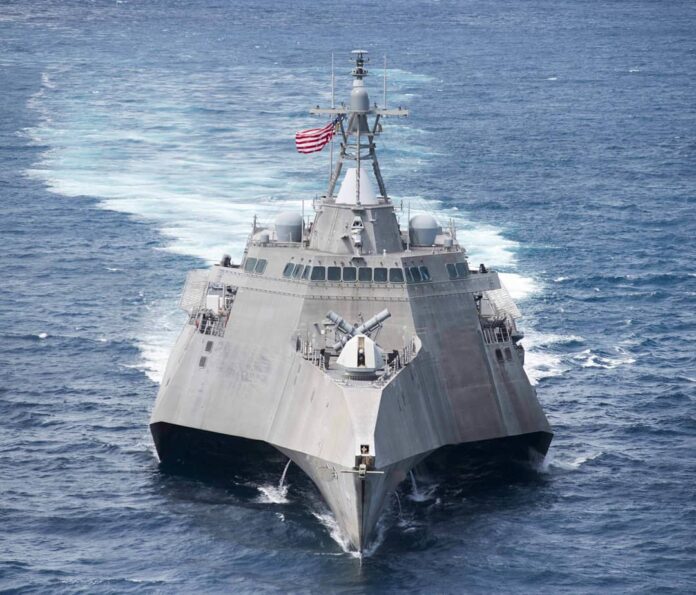 USS Coronado (LCS 4) began underway operational testing of the Navy’s newest unmanned helicopter, the MQ-8C Fire Scout, off the coast of San Diego, June 15.
The operations are a continuation of MQ-8C operational testing that began in April. This next phase is testing the MQ-8C’s ability to operate concurrently with other airborne assets and littoral combat ships. The enhanced capability will provide commanders an improved and integrated intelligence, surveillance and reconnaissance picture.
During Coronado’s 2016-2017 deployment to the Western Pacific, the ship successfully used MQ-8B Fire Scout as an organic sensor to strike a target beyond visual range using a Harpoon surface-to-surface missile. 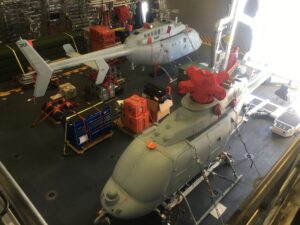 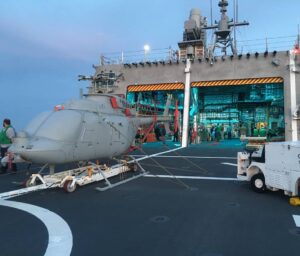