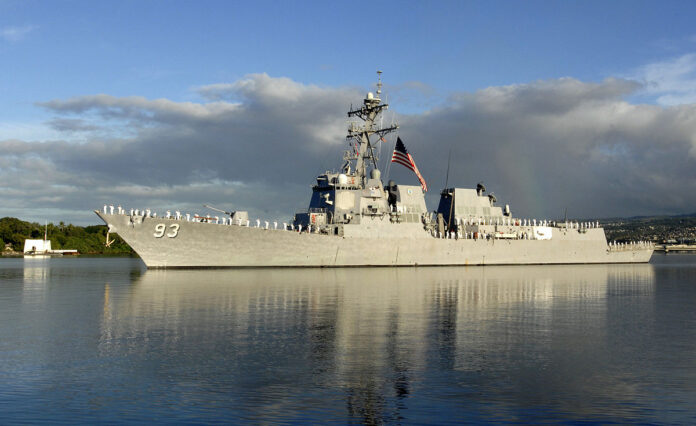 While conducting maritime security operations in the international waters of the Gulf of Aden, the guided-missile destroyer USS Chung-Hoon (DDG 93) interdicted a shipment of illicit narcotics aboard a stateless vessel, Jan. 24.

This is the second such interdiction within a month.  The Chung-Hoon seized over 5,000 kilograms of hashish while patrolling the Gulf of Aden on Dec. 27, 2018.

“What I’m most proud of is the synergy between our information, operations and boarding teams that allowed us to complete the mission,” said Cmdr. Brent Jackson, commanding officer of Chung-Hoon. “Teamwork is the key enabler, and this crew was on station, ready to roll at sunrise to complete the task of interdicting contraband.

The vessel was determined to be stateless following a flag verification boarding conducted in accordance with customary international law. The vessel and its crew were allowed to depart once the narcotics were seized.

Chung-Hoon is deployed to the U.S. 5th Fleet area of operations in support of naval operations to ensure maritime stability and security in the Central Region, connecting the Mediterranean and the Pacific through the western Indian Ocean and three strategic choke points.