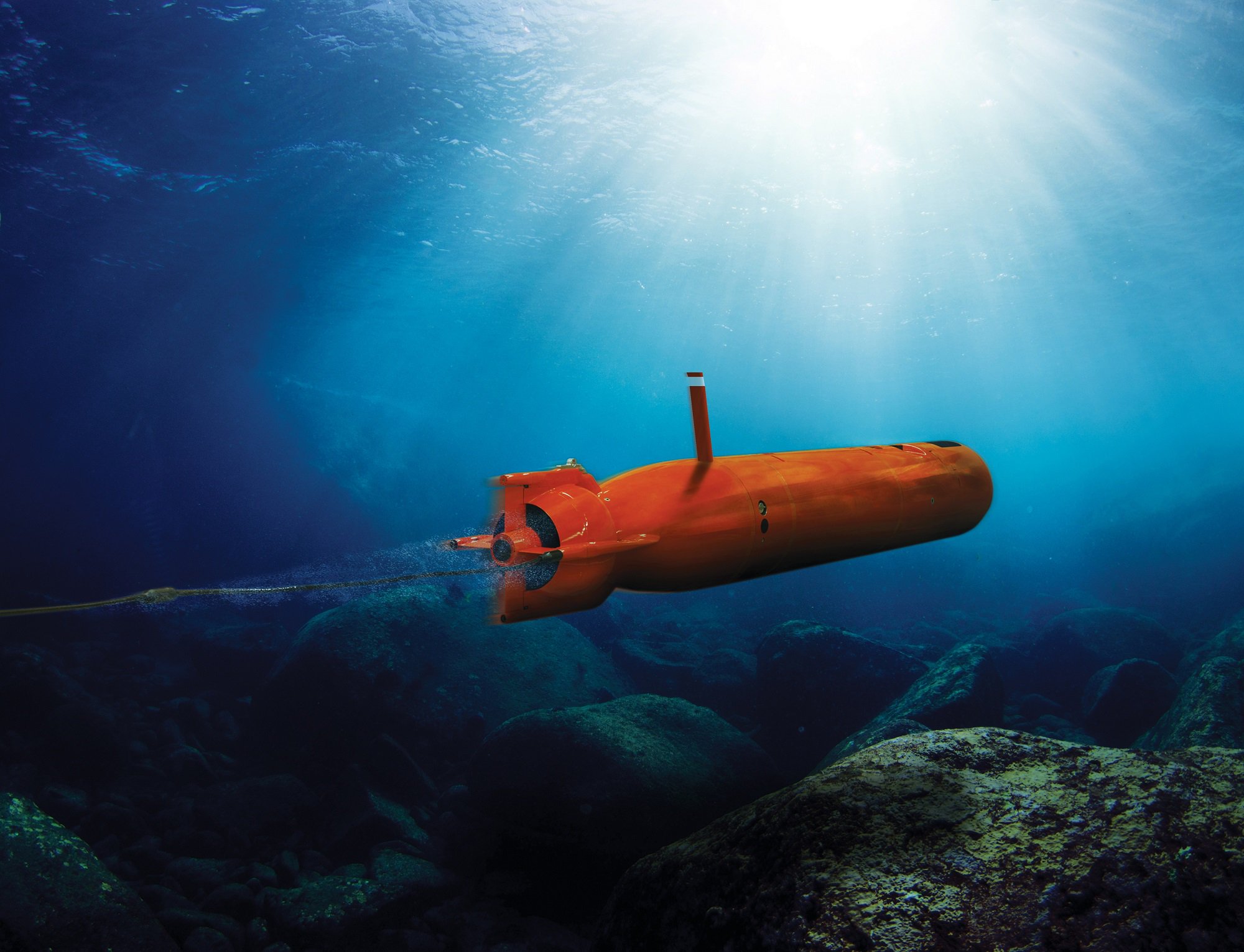 The Swedish defense firm Saab is set to demonstrate for the U.S. Navy an underwater drone that simulates a submarine, making it easier for ships and aircraft to practice anti-submarine warfare.The testing will start in the summer of 2018 and there is an option for more resting in 2019.
The drone, which is based on the company’s T-62 torpedo, mimics the acoustic signature of a submarine so that ships can get in their reps and sets on ASW, but spares the Navy the need to dispatch one of its busy submarines to aid with that training.
The AUV62-AT can receive a sonar ‘ping’, process it, and send it back to a ship or submarine so that the ASW training device appears as a full-sized submarine.
AUV62-AT, which is both active and passive target, was designed around the Swedish Navy’s Mk 62 torpedo. The platform can be programmed to emit signals similar to existing submarines, for example, it can transmit signals to appear as a Russian Akula-class submarine.
The platform also acts as an active target which is aspect dependent, so for example if it is ‘pinged’ from the front, a sonar operator on a ship or submarine would receive a front ‘ping’ back.
Additionally, operators can get post-exercise analysis from the AUV62-AT. The system records what the assets are doing as they are searching for the ASW trainer. Upon completion of the exercise the system will provide data that plots the location of each asset, whether air, sea, or undersea during the exercise.
A submarine could also fire a dummy torpedo at the AUV62-AT, which will record the torpedo’s attack and provide the ability to assess how well the training went during the firing. 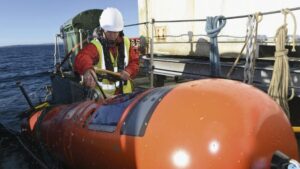