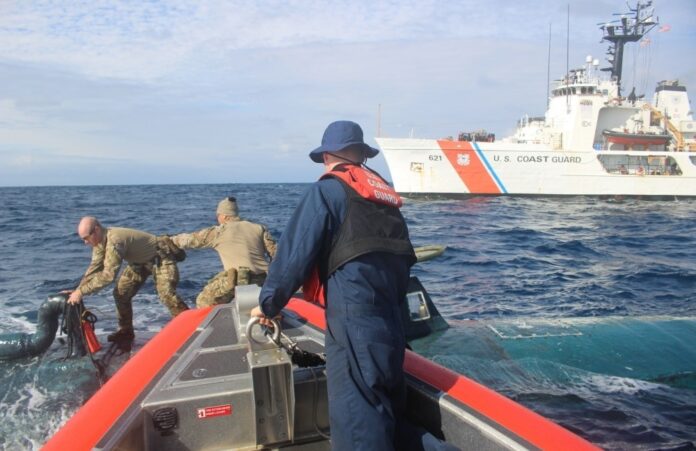 The U.S. Coast Guard (USCG) conducted a very succesful operation at the Pacific Ocean near South America. According to the statements made by USCG, the crew of the cutter named Valiant seized 6 tons of cocaine worth $165 million from a 40-foot submarine in the Pacific Ocean, one of several massive drug hauls completed by the agency this month.

Upon boarding the vessel, the Coast Guard crew found 12,000 pounds of cocaine aboard. The interdiction team was able to remove some 1,100 pounds of the cocaine and offload it with the Valiant before, but determined that removing any more of the illicit cargo could cause stability problems for the vessel.

It was not clear from the press release what would be done with the vessel and the remaining cargo. It was also not clear where the vessel originated or where it was headed.

“There are no words to describe the feeling Valiant crew is experiencing,” Cmdr. Matthew Waldron said in a statement. “In a 24-hour period, the crew both crossed the equator and intercepted a drug-laden self-propelled semi-submersible vessel. Each in and of themselves is momentous events in any cutterman’s career. Taken together, however, it is truly, remarkably unprecedented.”