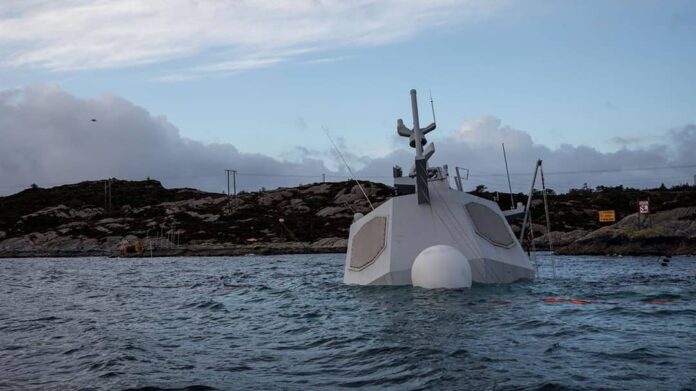 Norwegian navy frigate KNM Helge Ingstad almost completely submerged on Tuesday (Nov 13) despite efforts to salvage the sinking vessel.
The Norwegian military has been working since Thursday to salvage the ship by tethering it with several cables to the shore. Some of these had broken. “The ship sunk a meter further and, as a result, two wires broke. They were replaced with two stronger ones. We worked until midnight on this. After midnight, we realized it was not safe for our staff to carry on the work further,” said Haavard Mathiesen, the head of the salvage operation for the Norwegian Defence Materiel Agency. “Around 0600 (0500 GMT), more wires broke and the ship sank further. It is now in deep water and stable,” he told a news conference.
Photos : Norwegian Navy