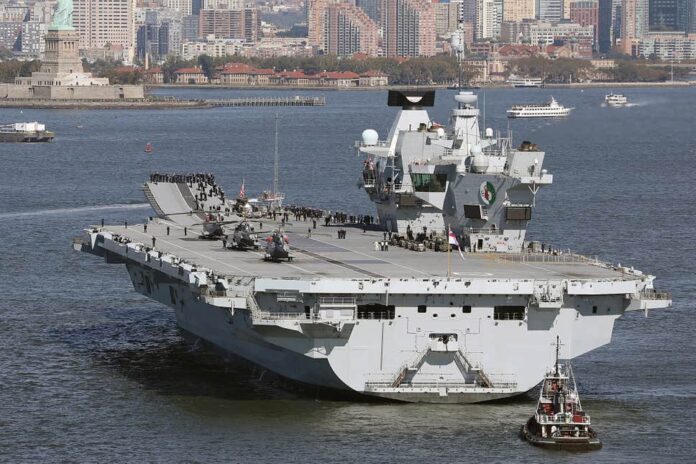 The UK’s new aircraft carrier, HMS Queen Elizabeth, has returned from sea trials early after a leak was found.

When water on one of the sections of the ship was full, a five – week trial expedited last month. The British Department of Defense spokesman, the ship ‘internal system of a small problem’ has occurred. Accumulating the ‘small amount’ of water accumulated in the ship, the spokesperson informed that the leak was taken under control and the investigation was initiated.

The Defense and Security Strategy, endorsed by the UK government in 2015, envisions that the Royal Fleet will receive 2 newest Queen Elizabeth class aircraft carriers, each capable of carrying 50 F-35 fighter jets and equipped with the most modern weapons.

The first ship, called Queen Elizabeth, went out to sea for the first time in December 2017, but was forced to return two weeks later for water.

The ship, which has a construction cost of 3 billion pounds, is expected to begin full mission in 2021.