navalpost
Home Miscellaneous Ukraine will set up a new naval base on the coast of... 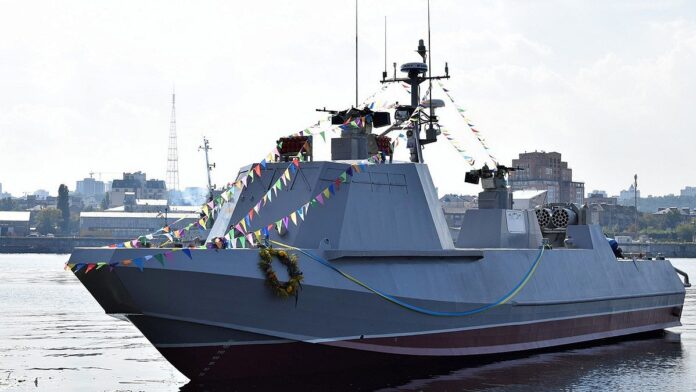 Ukraine will set up a new naval base on the coast of the Azov Sea by the end of the year, countering Russian efforts to dominate the area, the Ukrainian government said on Sept. 16. “This (base) will pave the way for repelling the aggressive acts of the Russian Federation,” the government wrote in a post on its Facebook page.
According to numerous media reports and official statements from Kyiv, Russia in recent months has redeployed from the Caspian Sea to the Azov Sea at least 10 warships and up to 40 small patrol boats, a sizable force that includes at least six Shmel-class artillery boats, seven assault landing craft, and two corvettes capable of carrying Kalibr cruise missiles.
In the Azov Sea, Ukraine only maintains two coastguard detachments, in Berdyansk and Mariupol, equipped only with several dozen outdated small patrol boats.
Regional tensions flared in May after Russia completed the construction of a bridge over the Kerch Strait between Russia and Ukraine’s Russian-occupied territory of Crimea.
With the entrance to the sea under its full control, Russia also started interrupting freight traffic in the region. According to Ukraine’s minister for infrastructure Volodymyr Omelyan, as of July 17 Russian forces had stopped and boarded as many as 148 ships sailing to Ukrainian ports, primarily to Berdyansk and Mariupol, detaining them sometimes for several days.
This effective blockade as decreased the flow of shipping by 10 percent for Mariupol and by over 20 percent for Berdyansk.
Facing criticism for allowing Russia to dominate the Azov Sea, Ukraine’s leadership has taken several steps to build up its defenses in the region.
Apart from sending the two armored gunboats overland to Berdyansk on Sept. 8, more other newly built Centaur-class small assault craft were launched on Sept. 14 at the Kyiv-based shipyard Kuznya Na Rybalskomy, owned by Ukraine’s president Petro Poroshenko. The new craft are to be deployed to the Azov Sea, again being transported there partly overland.