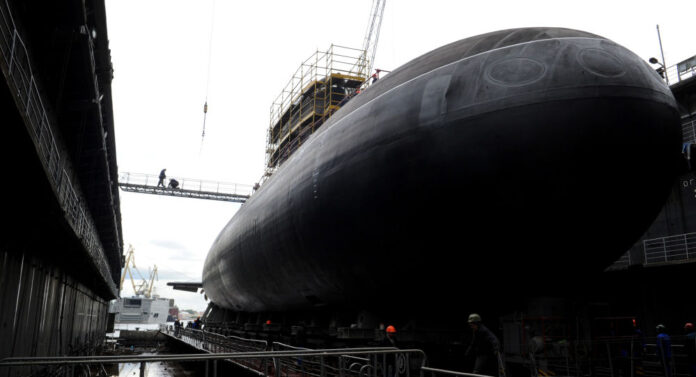 British authorities have repeatedly sounded the alarm about Russia’s allegedly increasing activity in the North Atlantic and expressed concerns over Moscow’s sophisticated submarines.

Several unnamed military officials have voiced their concern about the alleged presence of a new type of “super-quiet” Russian Project 636.3-class submarines, also known as the Kilo-class under the NATO reporting name, in British territorial waters, The Telegraph reported.

“The new First Sea Lord needs to deliver the underwater battle,” the source told The Telegraph. “We must be better at what we do.”
“The Russians are benefiting from a huge increase in research and development spending 15 to 20 years ago which is now producing this new class of super-quiet Kilo Submarines,” he added.

The Telegraph cites Admiral Tony Radakin, the new head of the Royal Navy, who said in his first public statement as head of the navy about a greater risk of state-on-state conflicts in the world and pledged to invest more in the North Atlantic “to maintain the freedom of maneuver of the nuclear deterrent.”

Russia’s embassy in London has reiterated that British politicians and military figures were frightening the British people with an alleged Russian threat seeking a boost in defense funding.

Six of the improved Russian submarines that are designed for anti-submarine warfare and anti-surface-ship warfare, as well as general reconnaissance and patrol missions, have already been launched.