navalpost
Home Operations UK to Send Nuclear Submarine to the Persian Gulf, just like at... 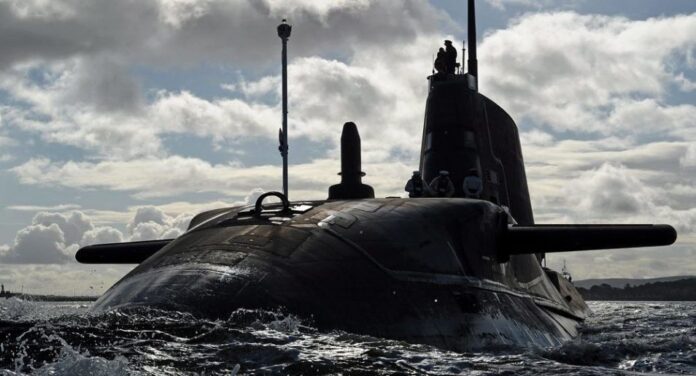 Everyday we hear new moves at Iran-UK tanker seizure crisis, and tension at the Gulf is always at high level. According to UK media report, Britain’s Royal Navy is intended to strenghten its force presence in the vicinity Persian Gulf with a nuclear-powered submarine and maritime forces.

It is expected to intercept communications between Iranian servicemen and report them back to naval headquarters in the UK.

“We are sending a boat – it may well already be heading for the region,” a Royal Navy insider was quoted as saying. “Its role is a covert intelligence posture, simply gathering information to support the planned escort convoys of tankers.”

Sending a nuclear sub means only sending a naval unit?

Submarines are special, specific and strategic units for countries. We encounter many crysis around the world, countries’ send naval units to conflict area to show presence and try to defend their rights. Bu if they send submarines, it means situation is changed and tension is at very high level.

According to British doctrine, when tension is high and crysis is expected to grow, they send nuclear sub to area in order to earn strategic advantages against opponent and control the area. How do we know this? Because we know history…

Let’s travel back to May 1982, Falkland War. When the tension in the region turned into war, Britain sent nuclear submarines to the region. After a while, On April 25, while the British task force was steaming 8,000 miles (13,000 km) to the war zone via Ascension Island, a smaller British force retook South Georgia island, in the process capturing one of Argentina’s vintage U.S.-made diesel-electric submarines. On May 2 the obsolete Argentine cruiser General Belgrano (purchased from the United States after World War II) was sunk outside the war zone by a British nuclear-powered submarine. Following this controversial event, most other Argentine ships were kept in port, and the Argentine navy’s contribution was limited to its naval air force and one of its newer German-made diesel-electric submarines. The latter posed more of a threat to the British fleet than was expected, launching torpedo attacks that narrowly failed.. This incident changed the destiny of the war and made everyone to understand of the importance of sophisticated and technologic nuclear submarines. Because, after the attack, the military effect was exactly as intended, as the Argentine navy never again ventured out.

Of course we don’t want to make conspiracy theory, but it’s clear that after the seizure event and all the maritime security issues, sending nuclear submarine is not a routine movement.

According to a separate report in The Sun, the Navy will also dispatch marines from 42 Commando, M Company.

The HMS Duncan, a type 45 air-defense destroyer, was dispatched to the Gulf earlier this month to assist Britain’s only warship operating there, the Type 23 HMS frigate Montrose, based in Bahrain.

The RFA Wave Knight supply tanker, currently stationed in Gibraltar, will transit to the region in August, while the HMS Kent frigate will be deployed there in September.

The Navy also has four minehunters and a landing ship dock committed to the area. “We have the ability to send more ships but they will take weeks so the Marines are a perfect fit in the short term,” a military insider told The Sun.

“The men have been told they could be deployed on to commercial vessels. Tankers are also now likely to travel in convoy and shipping will be protected. But our main brief is not to escalate the situation — and provide a deterrent.”