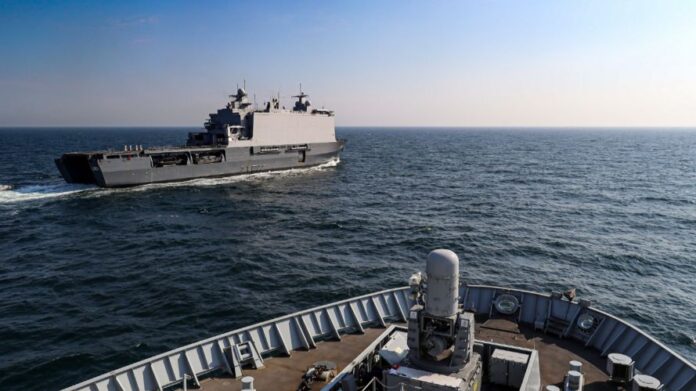 The UK on Friday pledged to boost defence of the Baltic states to deter a “more assertive” Russia as the British navy held its largest drills in the Baltic region, which includes a Russian territory, in more than a century.

The UK-led Joint Expeditionary Force (JEF) involved more than 4,000 personnel and 44 ships from 7 countries near the city of Kaliningrad in Moscow, surrounded by Lithuanian territory.

With this exercise, the Royal Navy showed an unprecedented presence in the Baltic Sea for more than 100 years. This demonstration also took its place among a series of exercises by Western forces in Eastern and Northern Europe. The Kremlin also repeatedly accused of deliberate provocation on the subject.

The JEF is not considered a NATO mission, as Sweden and Finland, which are not members of the Alliance, also participated in the exercise. In addition to the United Kingdom and Lithuania, Denmark, Estonia, Latvia, the Netherlands, Norway, Finland and Sweden are also involved in Operation Baltic Protection.

Though air, land and sea components can be deployed anywhere in the world, The future focus of the JEF is the Baltic Sea.

Britain, which also led an international NATO battalion in Estonia, sent about 900 troops to this country.

Authorities from both site raises concerns about the tension at Baltic Sea. It looks like that we will talk more about Baltic Region in the near future.