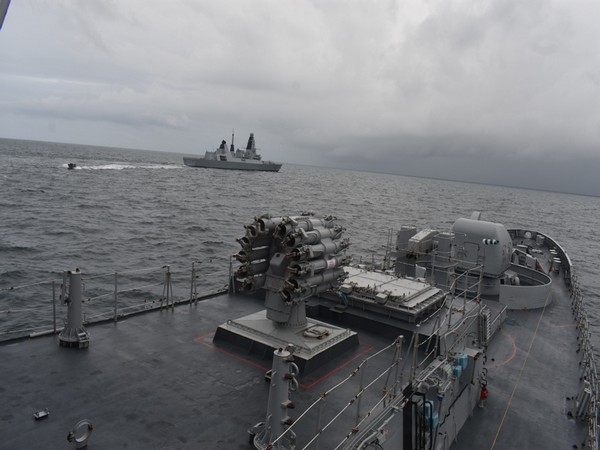 The 14th edition of KONKAN, annual bilateral exercises between Indian Navy and Royal Navy, is currently underway off the South Coast of UK in the English Channel. INS Tarkash and HMS Defender with integral helicopter Wildcat are participating units in the exercise. This edition will focus on Anti-Air warfare, Anti-Surface warfare, Flying Operations and Seamanship Evolutions.

British forces hosted the event on the eve of the 72nd anniversary of Indian independence, due to the dispatch of Delhi’s ships to Western Europe

Defender’s Commanding Officer Commander Richard Hewitt said: “It is these regular engagements and opportunities to train with other navies that prove our capability to deliver on operations alongside our allies.”