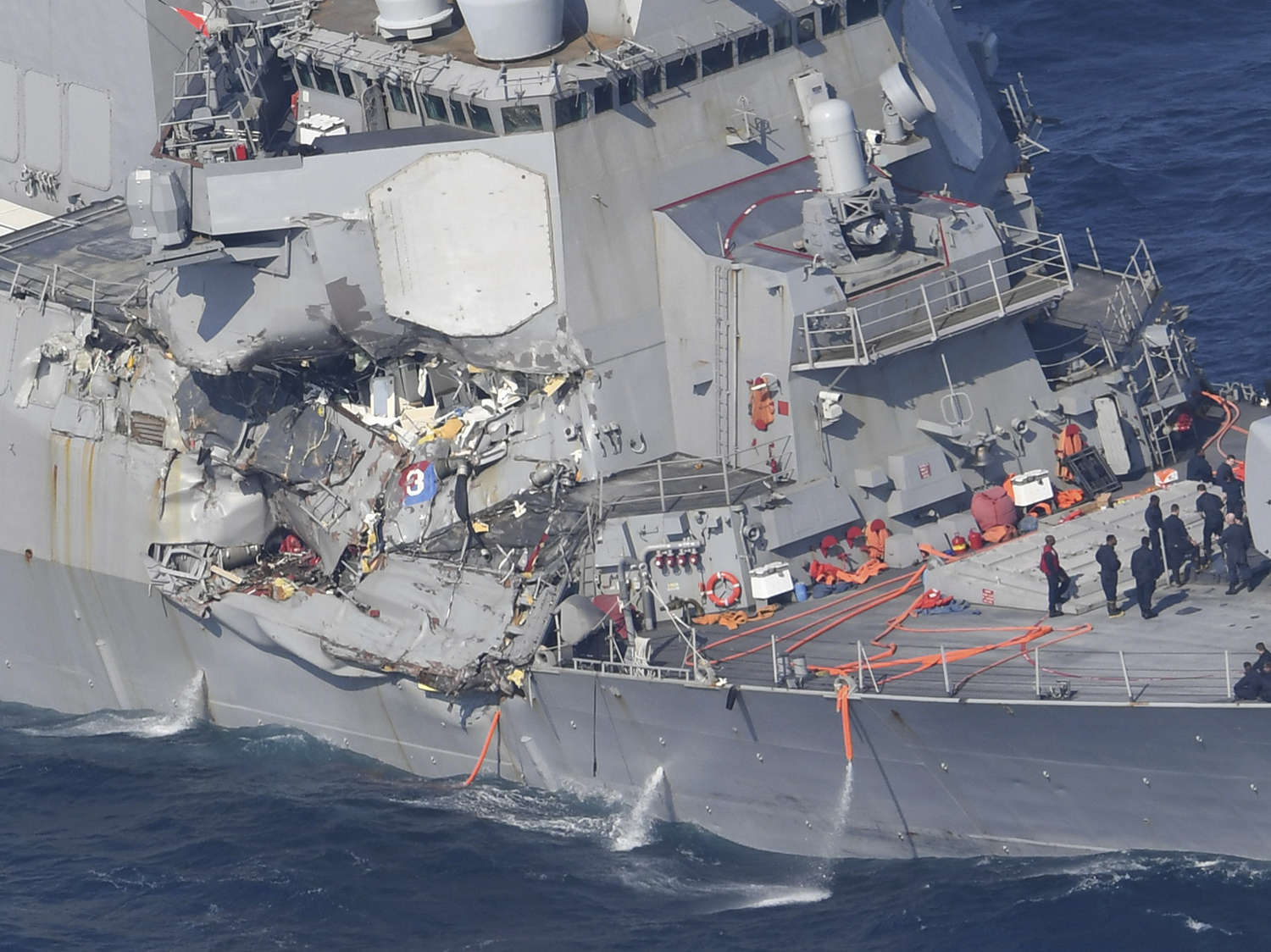 Five officers involved in two U.S. Navy ship collisions last year that killed a total of 17 sailors are being charged with negligent homicide, the U.S. Navy said Tuesday (Jan 16).
A U.S. Navy spokesman, Capt. Greg Hicks, said the charges, which also include dereliction of duty and endangering a ship, will be presented to what the military calls an Article 32 hearing to determine whether the accused are taken to trial in a court-martial.
The disciplinary actions were decided by Adm. Frank Caldwell and are the latest in a series of moves the Navy has made in the aftermath of the deadly collisions, which investigators concluded were avoidable. It fired several top leaders, including the commander of the 7th Fleet, Vice Adm. Joseph Aucoin, and several other senior commanders in the Pacific.
The Navy has been reeling from tough questions arising from the two collisions. The destroyer USS Fitzgerald struck a commercial ship off the waters of Japan in June, killing seven U.S. sailors. The destroyer USS John S. McCain collided with an oil tanker in coastal waters off Singapore in August, killing 10 U.S. sailors.
The U.S.Navy said it is filing at least three charges against four officers of the Fitzgerald, including the commanding officer, who was Cmdr.  The Navy said all four face criminal charges, including negligent homicide, dereliction of duty and endangering a ship.
Fewer officers from the McCain are being charged. The Navy said the ship’s commander at the time, Cmdr. Alfredo J. Sanchez, is being charged with negligent homicide, dereliction of duty and endangering a ship. A chief petty officer, whose name was not disclosed, faces a charge of dereliction of duty.