navalpost
Home Technology/Modernization U.S. Navy Gets Raytheon Made Next Generation Jammer for Testing 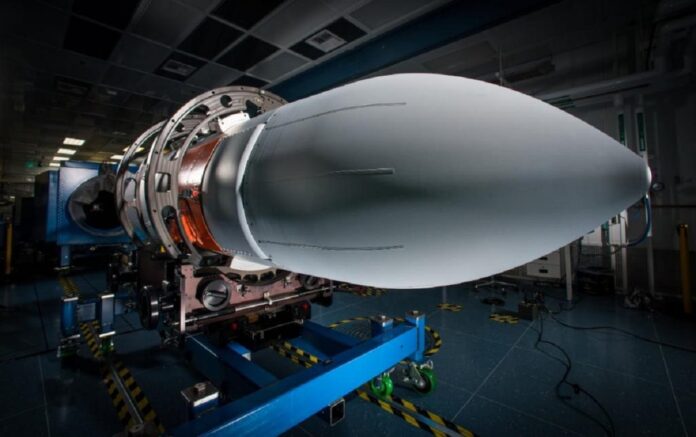 Raytheon has delivered the first Next Generation Jammer Mid-Band (NGJ-MB) pod to the US Navy (USN) for ground and aircraft integration testing, the company announced on 5 August. Raytheon will deliver 15 EMD pods for mission systems testing and qualification as well as 14 aeromechanical pods for airworthiness certification.

Because of Raytheon’s Next Generation Jammer Mid-Band’s increased jamming capabilities, the EA-18G Growler can operate in more optimum locations to support both strike aircraft and weapons.

NGJ-MB is a high-capacity and power airborne electronic attack weapon system for the EA-18G GROWLER. It will protect air forces by denying, degrading and disrupting threat radars and communication devices.

“The first NGJ-MB pod is out the door,” said Stefan Baur, vice president of Raytheon Electronic Warfare Systems. “We are one step closer to extending the Navy’s jamming range and capability. Delivery of this pod will allow for the initial verification of ground procedures, mass properties, aircraft installation, and Built In Test checks in preparation for future chamber and flight test.”

Additionally, in the third quarter of 2019, Raytheon will utilize a Prime Power Generation Capability pod installed on a commercial Gulfstream aircraft in order to conduct power generation flight testing and risk reduction efforts in support of the initial flight clearance process.

Raytheon’s NGJ-MB architecture and design include the ability to operate at a significantly enhanced range, attack multiple targets simultaneously and advanced jamming techniques. The technology can also be scaled to other missions and platforms.