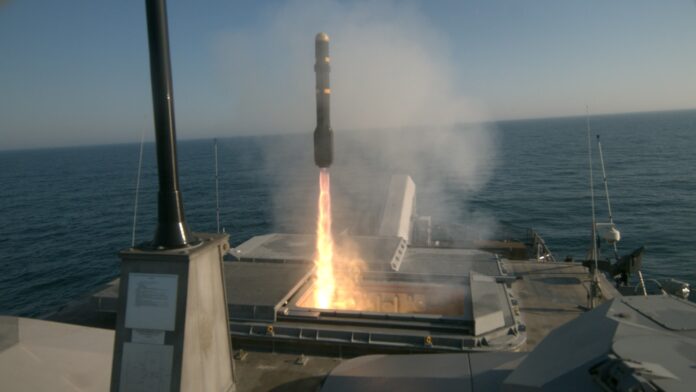 According to a statement from the Naval Sea Systems Command on 26th July, a Longbow version of Hellfire was launched from surface-to-surface missile module on Littoral Combat Ship Independence Class (name of the ship is not given) on 11 June at the Point Mugu Sea Range, California.

“SSMM is tested and well proven on the LCS Freedom variant,” Capt. Godfrey Weekes, the program manager for LCS Mission Modules, said in a statement. “This structural test firing marks the first critical step in demonstrating the SSMM capability on the LCS Independence variant.”

Structural test firing is a total-ship test involving live weapons fire and is required for each ship class or variant. The exercise also prepares the ship and trains the crews for more complex surface warfare tracking and live-fire exercises scheduled to begin later this summer, which will culminate in initial operational test and evaluation at the end of 2019.

Completion of structural test leads to development test which is planned to be conducted on August.

The vessels, which have a crew of 40, are smaller than the Navy’s destroyers, amphibious assault ships and aircraft carriers. In addition to missiles, they are equipped with an assortment of weapons, including 30 mm machine guns.