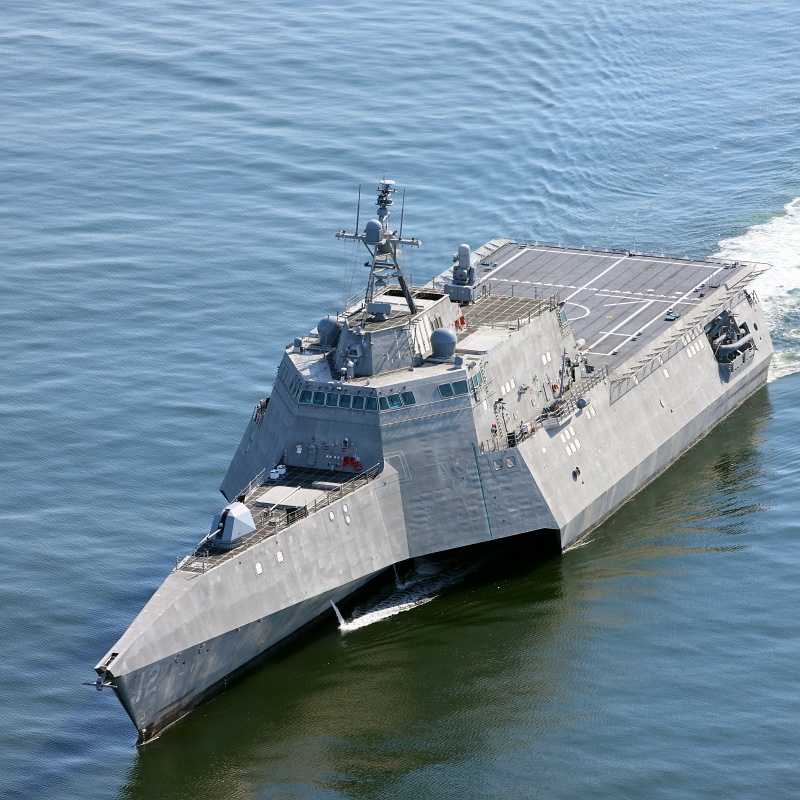 The U.S. Navy on Saturday commissioned its newest warship, the USS Omaha, a futuristic, $440 million vessel named for the Nebraska hometown of billionaire Warren Buffett, who was on hand for the ceremony.
The Omaha, a 218-foot-long littoral combat ship, was commissioned at its new home port in San Diego.
Buffett’s daughter, Susie Buffett, who was designated as the ship’s sponsor, gave the traditional order for officers and crew: “Man our ship and bring her to life.”
“Aye, aye, ma’am,” they replied and ran to the ship as a band struck up “Anchors Aweigh.”