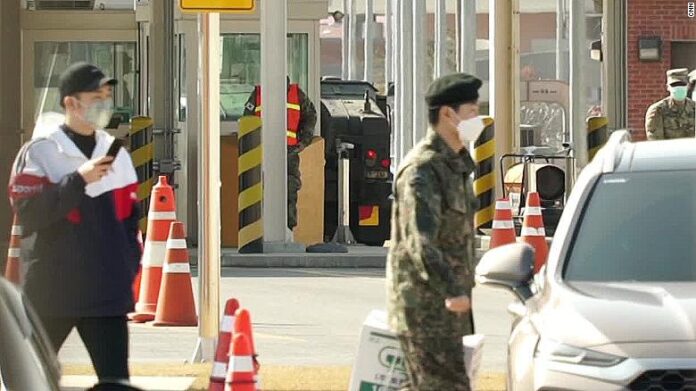 “Out of an abundance of caution, Pacific Fleet is implementing additional mitigations to prevent Sailors from contracting COVID-19, and to monitor Sailors who have travelled to higher-risk areas,” said US Navy spokesman to CNN, by using the official name for the virus.

The spokesman told that “at this time, there are no indications that any US Navy personnel have contracted Coronavirus Disease 2019,” but added later that the Navy was acting out of an abundance of caution. “The health and welfare of our sailors, civilians and their families is paramount and our efforts are directed at detection and, if required, prevention of the spread of this illness,” the spokesman added.

The commander of US Navy’s Pacific Fleet, Adm. John Aquilino, issued guidance instructing Navy vessels departing from countries in the region “to remain at sea for at least 14 days before pulling into another port, in order to monitor sailors for any symptoms of the virus.”

A bilateral drill is suspended

The self-quarantine is only the latest step the Pentagon has taken to protect its service members from the virus, which has spread globally to 43 countries outside of China and affected the U.S. military operations in Asia, the Middle East and Europe.

An upcoming military exercise with South Korea was suspended due to concerns about the virus.

On Wednesday the US military’s Indo-Pacific Command, which oversees all US troops in the region, restricted all non-essential travel to South Korea for all US service members, contractors and defense department civilians serving as part of the command.

US Central Command, which oversees US forces in the Middle East, has also imposed restrictions on the movement of US troops there. On US military bases in Italy, access to on-base schools, child-care facilities, gyms and other public buildings has been temporarily halted and troops are bracing for the possibility of similar restrictions on other bases in Europe.

A large number of cases of the coronavirus have been identified in Iran and many concerned countries in the region have implemented restrictions on travel, including several US allies where US troops are stationed.