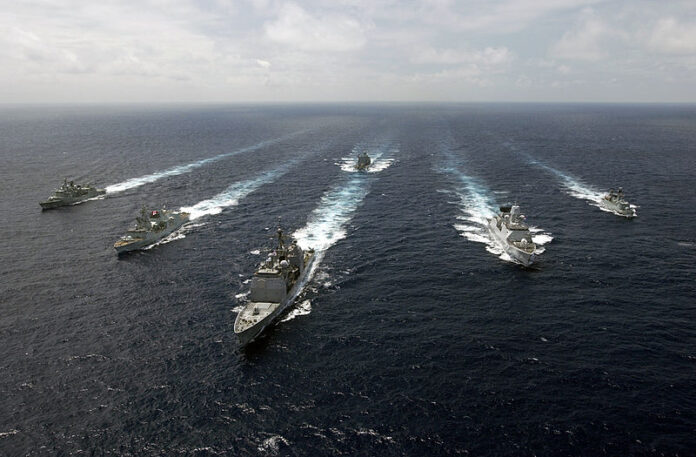 Standing NATO Maritime Group One (SNMG1) has changed its command from the United States to Norway, NATO MARCOM announced on 9th December.

Royal Norwegian Navy Commodore Yngve Skoglund took over the command of the NATO group from U.S. Navy Rear Admiral Edward Cashman at a ceremony in Bergen.

“It’s been an honor and a privilege to work together with the Allies over this past year to deter conflict, maintain the peace, and contribute to the security of all of the Alliance nations. We operated on both sides of the North Atlantic which gives the Alliance its name. NATO’s founders recognized the North Atlantic is not a barrier, it is a strategic bridge that connects the Allies, as they are connected by shared history and common values.” said the former Commander of SNMG1.

“It is with a deep respect of the splendid leadership and professionalism of the US Navy that the Norwegian Navy now takes over SNMG1,” said the new Commander of SNMG1. “NATO’s maritime forces will remain available tools for our nations, and display the willingness and strength of the Alliance. I look forward to working together with the highly trained and skilled sailors of our navies and show the relevance and importance of NATO in 2020.”

SNMG1 is one of four NATO’s Standing Forces on active duty that contribute to the Alliance’s collective defence on a permanent basis. NATO’s maritime strength lies in the ability of the Standing Forces and National Response Force elements to rapidly join with high readiness, high capability national forces and task groups to deliver strategic effect. Regular training between these groups is a force multiplier and provides a collectively trained and interoperable capability that NATO can confidently deploy if necessary.